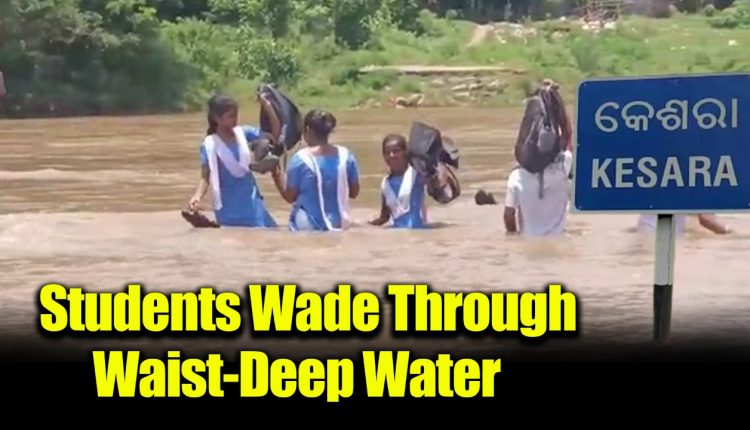 Berhampur: Risking their lives, children and other residents of at least six villages in Odisha’s Ganjam district have to cross the Rushikulya river in hazardous condition everyday in the absence of a bridge.

The tale of people in Keshara, Nagpur, Baradhankidi, Rangabali, Gudipally and Nilakanthapur villages of Nuagarh panchayat of Sorada block presents a grim picture, particularly during rainy season. They have to travel a very long distance when the river is in spate.

The plight of students going to schools from these villages gets compounded during the monsoon. The boys and girls have to wade through waist-deep water while crossing the river. “More than 50 boys and girls in the area risk their lives as they are compelled to cross the river in the absence of a bridge,” said a resident of Nuagarh.

There is always a danger to their lives, but the students have no other option as they need to attend their classes, he said.

In view of the problem being faced by the residents of the area, construction of a bridge over the river had commenced in 2019. However, the project remains incomplete due to different reasons, sources said.

As a result, the residents face enormous hardship in procuring ration, essential commodities and travelling to schools and hospitals, said another resident.