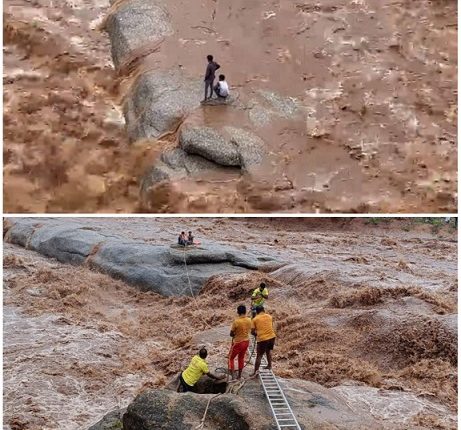 Rayagada: Two men stranded on a rock in the middle of a swollen Nagavali river in Odisha’s Rayagada district have been rescued by fire services personnel. The men, identified as Sunami Nayak and Sudhir Nayak, from Podapadi area in Kashipur block of the district got trapped on the rock by the river’s gushing waters.

Fire services personnel rushed to the spot and managed to rescue them.

When the two men went to the riverbed, the water level was low but rose rapidly due to incessant rainfall. The two managed to climb a rock in the middle of the river.

Fire services personnel provided them with life jackets and rope and managed to rescue them.