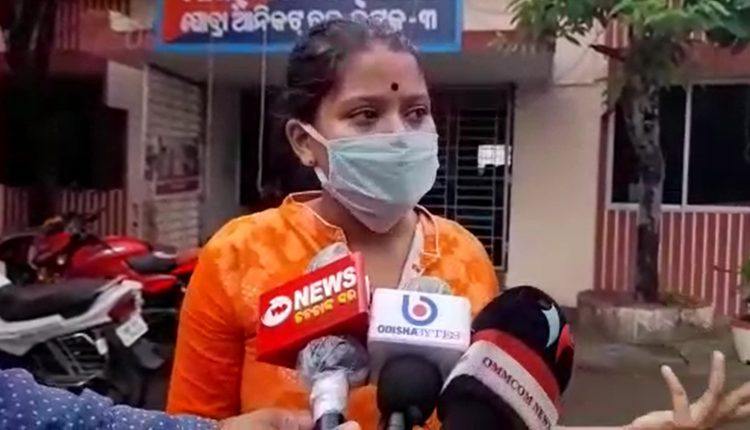 Cuttack: Two videos uploaded on Instagram – one showing gun and sword brandishing youths challenging the viewers and the other showing two youngsters hurling abuses – seem to be the fallout of two rival gangs in Malgodown area of the city.

After Malgodown police picked six persons for questioning with regards to the viral videos on Thursday, a girl, identified as Itishree, revealed about the rivalry between two groups of youths in the area.

She can also be seen in one of those videos.

Speaking to mediapersons, Itishree said the video was shot for fun by her friends when she was gone for Kali Puja. At the time of the shooting, she was not aware that the boy, who was like her younger brother, was mouthing foul words. “I could hardly hear anything because of the traffic,” she said.

She came to know about it only after the video was uploaded.

“I am sorry for being part of the video. But I was not aware of the content. It was done for fun by my friends. I will be careful while shooting such videos in future,” she said.

On asked about ‘Public Sandha’ under which the video was uploaded, Itishree said it was the name of her group. Her friends had kept the name as a ‘challenge’ to the rival group, which was calling itself ‘Amania Bagha’.

On further prodding, Itishree revealed that there was an intense rivalry between the two groups with each trying to belittle the other. “They (Amania Bagha) have stooped very low in the rivalry. We will not spare them and put them behind the bars,” she said.

Stating that the foul language used by the rival group was targeted at ‘Public Sandha’, she said, “The way ‘Amania Bagha’ has abused our parents and families is not forgivable. We will also show to them through social media that we are not less than them.”

Police had earlier stated that the ‘Public Sandha’ group had uploaded those videos to garner more likes, comments and shares. The plastic gun used by them has also been seized.

Countdown To UP Poll: Amit Shah To Hold ‘Election Masterclass’ For 700 BJP Leaders In Varanasi