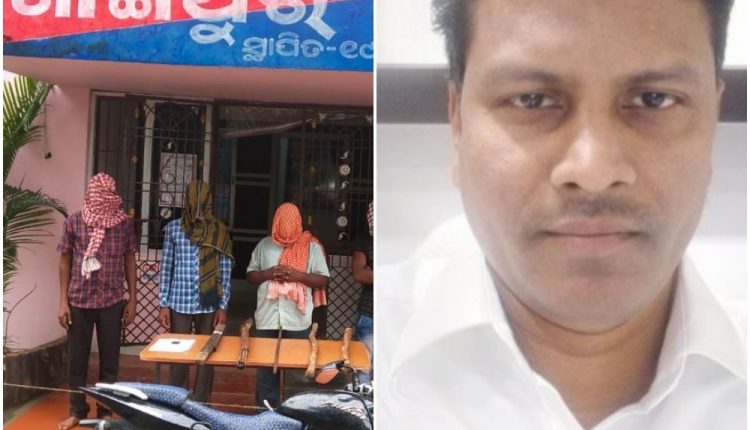 Berhampur: Gangapur police station in Odisha’s Ganjam district has been adjudged as one of the best three police stations in the country, according to Annual Ranking of Police Stations-2021.

The Ministry of Home Affairs stated this in a letter to the Ganjam Superintendent of Police.

The Inspector-in-charge of Gangapur police station Dhiresh Das has been asked to remain present to receive the award from Home Minister Amit Shah at Police Headquarters in Lucknow.

Expressing happiness over the selection, Das credited the success of of Gangapur PS to the DGP, DIG Southern Range Berhampur, SP Ganjam. “The award is the result of proactive efforts made by seniors. We have worked under their able guidance at every moment,” said Das.

The selection for the Best Police Station Trophy would definitely encourage and inspire the PS staff to march ahead with new spirit and zeal, said Dhiresh Das IIC Gangapur.

A survey was conducted by the MHA about the enforcement performance, activities and efficiency of the police station. The opinion of about 70 people living in the area was also taken.

The award will be presented to the IIC during the DGsP/IGsP conference 2021 in Lucknow.

Three police stations were adjudged as the best out of 72 in the country. Two PS from Odisha – Gangapur and Sorada (both in Ganjam) had made it to the Top-72 list.

The other police stations is Bhattu Kalan in Faridabad district of Haryana.

The Union Government has adopted a uniform model of ranking police stations in the country with the objective to improve the quality of policing and make it citizen friendly.