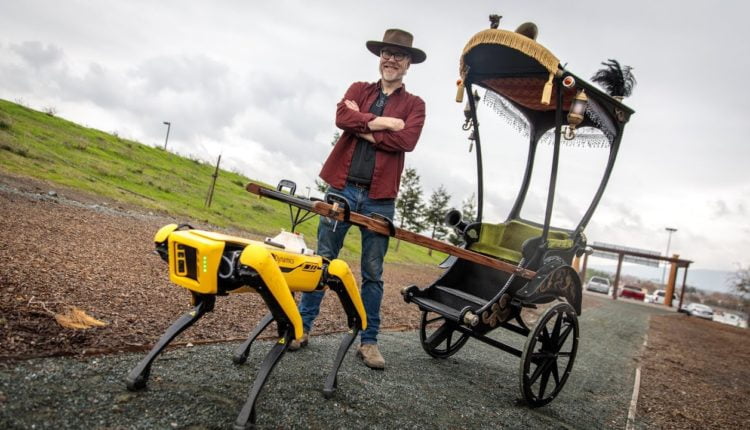 New Delhi: A video of a robot pulling a rickshaw has gone viral on social media. The video features American special effects designer and TV personality Adam Savage sitting on the rickshaw that is being pulled by a robot dog. Savage can be heard exclaiming, “This is amazing!”

Though the video is of February, it again went viral after IAS officer Supriya Sahu tweeted it from her official handle.

Replying to the post, a Twitter user wittily replied, “Waiting for someone to design a Robot who will go to office on bahalf of me…!!”

Queen Airways On Bhubaneswar Outskirts: This Flight Has Sumptuous Spread From 7…

Watch: Man Walks Into Supermarket In Underpants To Protest Ban On Sale Of…