(Watch) Who Is Celebrating Valentine’s Day! 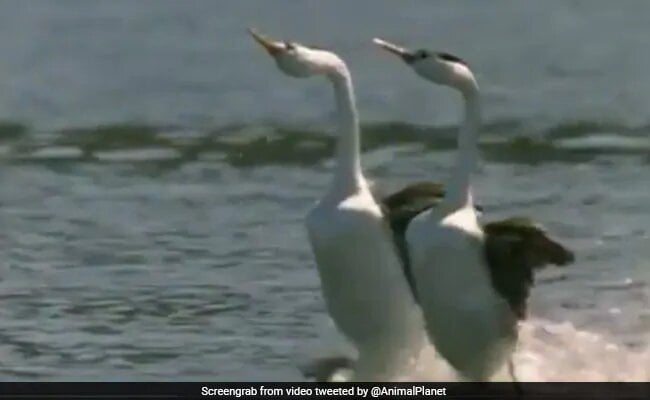 Animal Planet on Saturday posted a heartwarming video of a pair of Clark’s Grebes ahead of Valentine’s Day tomorrow.

The pair seem to be engaged in a courtship display. Grebes are known for the striking courtship displays just like the flamingos. Their courtship includes shaking their head, preening, carrying weed and diving like other water birds. The birds are also known as ‘water-witch’ and ‘helldiver’ as they can dive deep almost vertically. Like the flamingos, they have elegant snake-like neck, puffy head and beautiful silky plumage, NDTV reported.

Who’s ready for Valentine’s Day weekend?! A pair of Clark’s Grebes run together on water in this courtship display. pic.twitter.com/o1BDhFFGHg

Here is another one!

Yeeks! You’re Bound To Throw Up After Watching This Video!