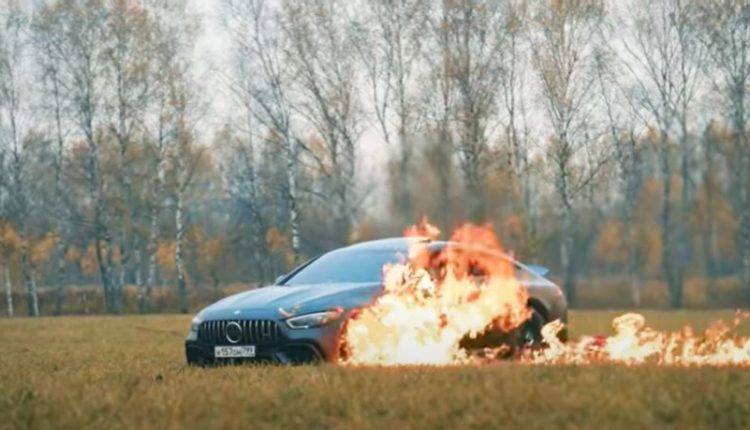 A Russian vlogger, Mikhail Litvin, reportedly set his Mercedes-AMG GT 63 S on fire to protest against the service of the German car manufacturer.

According to Motor1.com, the luxurious car, worth Rs 2.4 crores, constantly broke down.  He took it to the dealership at least five times but he refused to fix the problem on some excuse or the other.

The YouTuber drove the sports coupe to a wet, grassy field and doused it in gasoline before setting it on fire with a lighter.

“I have been thinking for a long time what to do with my Shark after the conflict with Mercedes. I think the idea is FIRE! That’s it… The end.. I’m not a happy man,” he wrote.

Ironically, he is seen driving away in a ZAZ 968m that needed pushing.

The video on YouTube has garnered 11,574,074 views and one million likes. Mikhail has nearly 5 million subscribers.