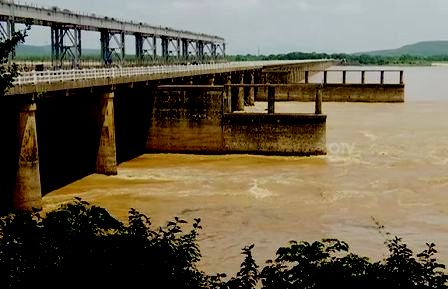 The floodwater released from Mahanadi dam and tributaries of the river reached Mundali at around 5 pm. The barrage authorities put the inflow at 12,01,426 cusec.

Earlier in the day, Special Relief Commissioner (SRC) PK Jena had predicted that the inflow at Mundali will go upto 11 lakh in the evening. With the rainwater reaching Mundali, the areas along the downstream of Mahanadi are likely to be flooded.

The SRC said the flood impact is likely to be maximum in Puri, Khurda, Kendrapada and Jagatsinghpur districts due to heavy inflow of floodwater in the downstream of Mahanadi.

He had called upon the officials of the Water Resources department, collectors of the districts concerned, people’s representatives and the people to maintain maximum alert to prevent loss of human lives and properties.