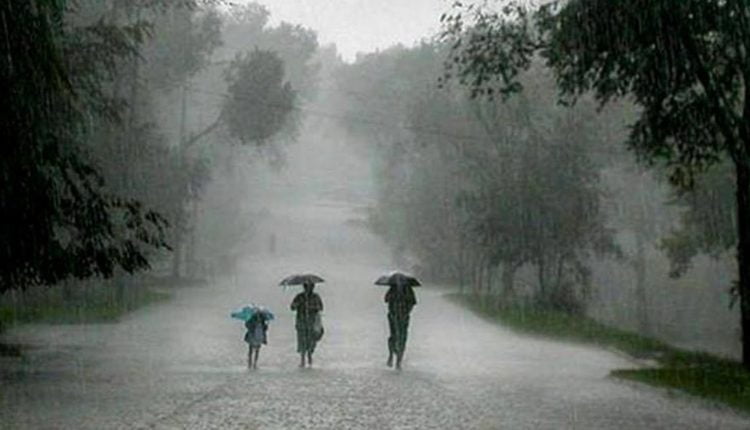 Bhubaneswar: The possibility of a fresh cyclonic circulation over north-west Bay of Bengal off Odisha coast on August 18, which is likely to intensify into a low-pressure area (LOPAR) over the same region the next day, can further worsen the flood situation in Odisha.

According to SOA’s Centre for Environment and Climate (CEC), the LOPAR will remain almost stationary till August 20 morning after which it will move in a west-north-westerly direction.

Under its influence, moderate rain will occur over coastal and adjoining districts on August 18, followed by heavy to very heavy rainfall the next day over north Odisha districts.

The probability of very heavy rain was high over the west and north Odisha districts for 24 hours from August 19 night in the catchment areas of upper and lower Mahanadi, Baitarani and Brahmani rivers.

Chhatisgarh region is also expected to experience very heavy rainfall from August 19 to 21. Light to moderate rainfall may occur in south Odisha districts during this period. The rains will decrease from August 21.

Meanwhile, the depression over the Odisha coast which triggered heavy rains over the state had moved to northwest India and was centred over western Madhya Pradesh and Rajasthan on Tuesday, it added.

Notably, floodwaters will be discharged from the 40 gates of Hirakud Dam by tonight owing to a huge inflow of water. With a discharge of 12,01,426 cusecs, the Mahanadi is already flowing at 97.80 ft as against the danger mark of 97.25 ft at Mundali in Cuttack. Besides Mahanadi, Baitarini, and Jalka rivers have also crossed the danger mark.

Earlier in the day, Special Relief Commissioner PK Jena on Tuesday said the flood situation in Mahanadi will peak in the next 48 hours as Mundali barrage in Cuttack will see the highest floodwater outflow of 11.5 cusec by evening. While 10 districts have been kept on high alert, flood impact is likely to be maximum in Puri, Kendrapada, Khurda and Jagatsinghpur districts due to heavy inflow of floodwater downstream of Mahanadi, he added.