We Will Take Out Tractor Rally On Republic Day, Come What May: AIKSCC Secy 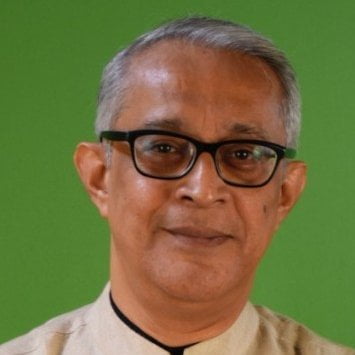 Kolkata: The Supreme Court’s order to appoint a committee to look into the farm laws and stay the implementation of the three contentious laws hasn’t quite brought cheer to the protesting farmers. Instead, they have been rejected as the farmers’ unions feel the four-member panel comprises members who are all in favour of the bill.

Doubts have been raised if the farmers’ seven-week long agitation is being financed by a Canada-based banned group.

In a candid chat with Odisha Bytes, Avik Saha was critical of the decision to form a panel and said the proposed tractor rally will definitely be held on Republic Day. Saha — organising secretary of All India Kisan Sangharsh Coordination Committee (AIKSCC), national convenor of Jai Kisan Andolan, lawyer and national general secretary of Swaraj India — has been at the forefront of the farmers’ movement.

Following are excerpts from the interview:

What is your opinion on the formation of a new panel and would you be talking with them as suggested by the Supreme Court?

The government has understood that the farmers won’t agree to the farm laws. Having tom-tomed so much about the new laws, if they now have to repeal it, the image of Prime Minister Narendra Modi would take a beating. The formation of the panel by Supreme Court has been an exercise by the government to keep his image intact.

Are you suggesting this is a face-saving exercise by the government?

Sure. All this has happened after consultations within the government and the court.

But the panel will look into the grievances of farmers…

If the government was at all serious, they would have formed a panel comprising members with divergent views. Here, the panel members are pro-farm laws.

The farmers are firm in their resolve that they will not budge unless the laws are scrapped. Nobody cares how the farmers fare in their daily struggle throughout the year. The farmers are not interested in the panel.

There have been suggestions that the agitation is being backed by opposition parties or groups with views different to the government’s?

This is a completely false allegation. In democracy, everyone has the right to voice his/her opinion, but this allegation is completely baseless. The farmers have been working for ages. On the contrary, I would say if the political parties are supporting the cause, what’s wrong in that? Isn’t it natural in democracy that people have divergent viewpoints? Why can’t the farmers make any political move? If the government takes a false step, the opposition is supposed to show them the right way.

After eight rounds of talks and sitting in for 50 days, how much longer can you fight it out? Doesn’t mental fatigue set in?

We are not fatigued. We have our plans in place. We have burnt copies of the laws at 10,000 places all across the country. Mahila Diwas will be celebrated on January 18, we will celebrate Azad Hind Krishak Diwas on January 23 and we will follow Krishak Prajatantra Diwas in Delhi and rest of India on January 26.

We will do it, come what may. The police will have to use force to stop us. But we will not resort to violence.

What would you say about more than 60 farmers having died during the agitation?

In the last meeting with the government, a two-minute silence was observed for those who passed away. But the PM has not tweeted even once on the issue.

Mercedes Far Exceeds BMW In Car Sales In India In 2020