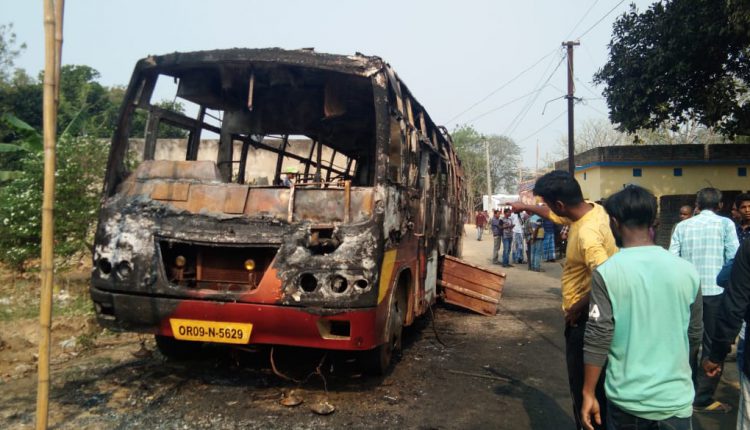 Keonjhar: A youth was charred to death after fire engulfed a bus carrying a wedding party at Santarapur village in Ghatagaon police limits of Keonjhar district late on Wednesday. The youth was a relative of the groom.

Sources said the bus caught fire around 2am, just minutes after the groom and his family returned home with the bride after the wedding. Sparks erupted and the blaze spread rapidly, allowing little time for the youth, who was fast asleep, to get off the bus. Others had alighted by then.

Fire officials from Ghatagaon reached the spot and doused the flames later. The police arrived later and seized the bus.