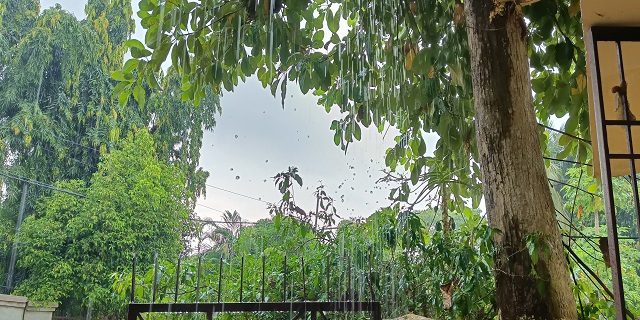 Bhubaneswar: The rainfall intensity in Odisha is likely to increase from October 1 with a cyclonic circulation likely to emerge into the northeast and adjoining east-central Bay of Bengal, the Regional Meteorological Centre informed on Wednesday.

According to the midday bulletin, a yellow warning for heavy rainfall has been issued for one or two places in Gajapati, Koraput, and Kandhamal on September 29. Heavy rainfall is also likely at some parts of Jagatsinghpur, Kendrapada, Bhadrak, Balasore, and Mayurbhanj on October 1 and at Balasore, Bhadrak, Jajpur, Kendrapada, Cuttack, Jagatsinghpur, Puri, Khurda, Nayagarh, Ganjam, Gajapati, Keonjhar, Mayurbhanj, Dhenkanal, and Kandhamal on October 2.

There will be little change in the weather condition during the next two days.

The yellow warning has also been sounded for thunderstorm with lightning till September 30 while light to moderate rainfall will continue for the next five days.

Check the forecast for the next five days: 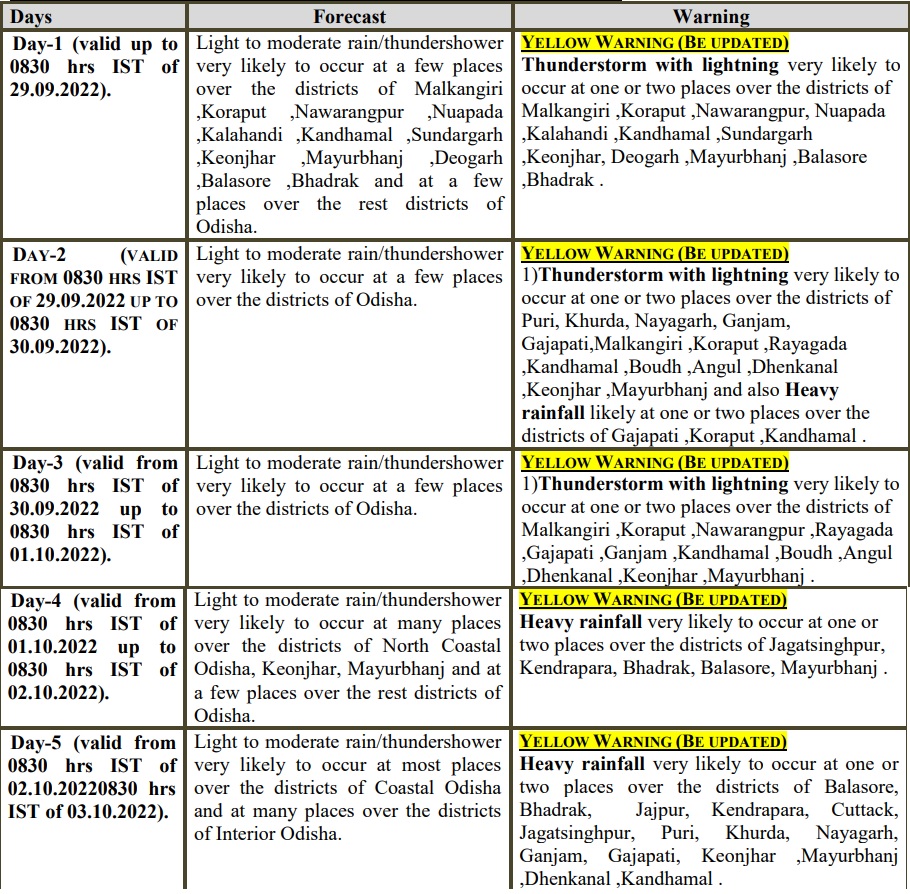