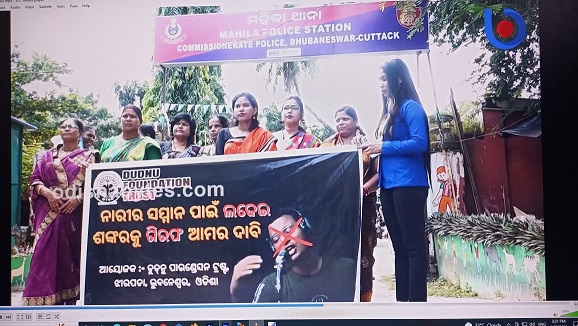 The protest was led by Trust chairperson Bandana Harichandan.

Sankar has composed a song that is allegedly insulting and demeaning to women. The song has reportedly gone viral on social media.

The women protesters demanded the immediate arrest of Sankar, stringent action against him and removing the song from social media platforms.