What Happened On Jan 9, 1999? All You Need To Know About Baranga Gangrape In Odisha 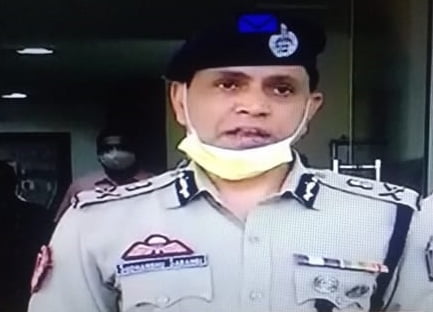 Bhubaneswar: The Odisha Police have finally arrested the prime accused in the sensational gang rape of a woman in Baranga area on the outskirts of Bhubaneswar after 22 years.

Sharing details, the Commissioner said the heinous crime had taken place on the night of January 9, 1999.

According to police, the victim Anjana Mishra and her boyfriend were travelling to Bhubaneswar in an Ambassador car on that fateful night. They stopped the vehicle at a roadside dhaba near Barang.

While the duo was having tea at the dhaba, they were spotted by three miscreants, identified as Pradip Sahoo alias Padia, Dhirendra Mohanty alias Punia and Biban. Later, the three accused followed the vehicle on a scooter and intercepted it on the outskirts of Barang.

After stopping the vehicle, one of the miscreants took the driver on the scooter while the two others drove the vehicle to a secluded place and raped the woman.

Later, she was again raped by one of them who took her inside the Bhaluka forest. After committing the heinous act, the three miscreants fled the area.

A day after the incident, the victim filed a complaint at Mahila Police Station in Cuttack on January 10, 1999.

Two days later On January 12, the case was handed over to the Crime Branch.

In course of the investigation, police seized the scooter used by the miscreants and arrested Padia and Punia on January 26.

As the police failed to nab the prime accused Biban, the Orissa High Court on February 26, 1999, ordered a CBI probe into the incident.

The CBI after completion of the investigation submitted the final charge-sheet against the three accused on May 5, 1999, in the court of the Additional District Judge, Bhubaneswar.

After hearing the case, the then judge of the court, Mahendra Patnaik, convicted Padia and Punia on April 29, 2002, and sentenced them to life imprisonment.

Although the two accused later moved the High Court, a bench of Justices AS Naidu and Subhash Chandra Parija upheld the lower court’s order and rejected their plea.

In its verdict on June 24, 2010, the HC had expressed displeasure over the police’s inability in arresting the prime accused.