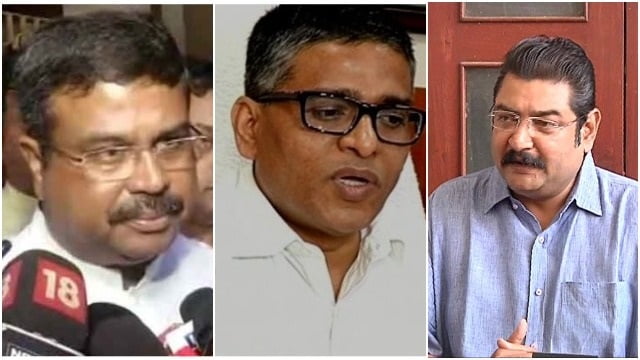 Briefing the media here, he said that of the total 11-12 crore doses of COVID vaccines, more than 45 lakh have been released to Odisha alone.

“While there is no dearth of vaccines in the country, the Centre has decided to allow 2-3 foreign vaccines to ensure that there is enough stock,” Dharmendra pointed out.

Stating that the controversy over the shortage of vaccines in Odisha was unnecessary, the Union minister requested the Health Secretary not to speak like Rahul Gandhi and refrain from creating a ‘non-existent crisis in the state.

He further said that Chief Minister Naveen Patnaik would not have thought likewise at the political level.

Reacting to the statement of the Union Minister, BJD spokesperson Pratap Deb said the former should refrain from vaccine politics and give his opinion on the basis of facts.

“The fact is that the daily COVID vaccination in Odisha has now come down to one lakh. The state government is finding it difficult to prepare the vaccination schedule due to the shortage. Was it wrong on the part of the Health Secretary to apprise the Centre of the shortage of vaccines in the state?” Deb asked.

Adar Poonawalla Thanks PM Modi, DCGI After Covishield Gets…