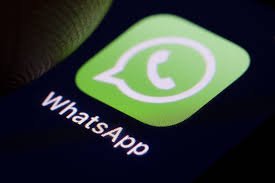 WhatsApp has threatened legal action against those who publicly claim the ability to abuse its messaging platform.

The social media platform was reacting to the emergence of a raft of companies advertising products to bypass usage restrictions, news agency Reuters reported from New Delhi.

According to Reuters, WhatsApp clones and software tools had helped Indian digital marketers and political activists bypass anti-spam restrictions in the run up to the recent general elections.

In a post titled “Unauthorized usage of WhatsApp”, the Facebook-owned company said that from December 7, it would take action even if an entity merely made public claims of an ability to abuse its platform. A WhatsApp spokeswoman did not specify what sort of legal action it could take.

Supreme Court ‘Delinks’ Itself From WhatsApp; Know The…

Protesting Farmers Get Crash Course On How To Use Social…