The chat, dated November 26, 2019, revealed that the family was aware of Sushant’s health condition.

“Hi Shruti, pls send me all dr’s prescriptions,” Neetu Singh had messaged Shruti. “Also wd (would) like to meet the Dr who can come to home,” she added.

Shruti had shared images of the doctor’s prescription in the chat. The medicines prescribed were Serta (antidepressant), Clonotril (panic and anxiety disorder), Olanzapine (antipsychotics) and Quetiapine (bipolar disorder).

Shruti also sent details of a contact named Dr Susan Walker Psychotherapy, the one who had spoken out saying that Sushant was bipolar. 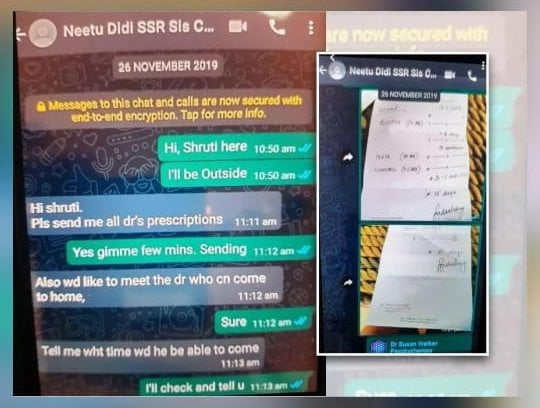