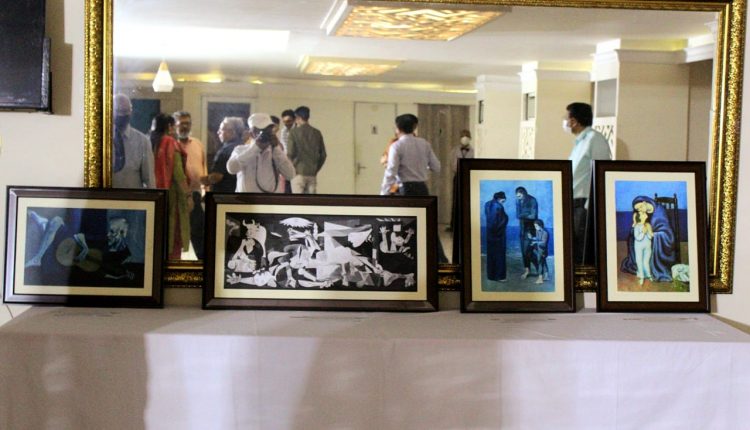 Bhubaneswar: Sukrut, the cultural chapter of Bhubaneswar Club, on Sunday celebrated the 140th birth anniversary of renowned painter-sculptor and master of Pioneering Cubism, Pablo Picasso, on the club premises by displaying his art work.

Paying rich tributes to the 20th century master painter and designer, the event showcased facsimiles of some of the maestro’s best works. Several scholars and art lovers visited the exhibition.

Born in Spain, Picasso spent most of his adult life in Paris. Regarded as one of the most influential artists of the world, Picasso along with Georges Braque pioneered the Cubist movement, which revolutionised European painting and sculpture, inspiring related movements in music, literature and architecture.

In Cubist artwork, objects are analysed, broken up and reassembled in abstract form. Instead of depicting the object from a single viewpoint, the artist juxtaposes it from a multitude of perspectives, representing the subject in a large context through cube-like imagery.

Club president Asit Tripathy said they had taken this initiative to foster interest in literature, art and other cultural events for the discernible audience in the city. Sukrut convener Pradosh Mohanty said efforts would be made to enhance the world-class cultural experiences of members through similar events in future.