When Dilip Kumar Served Biryani And Did A Mimicry Act 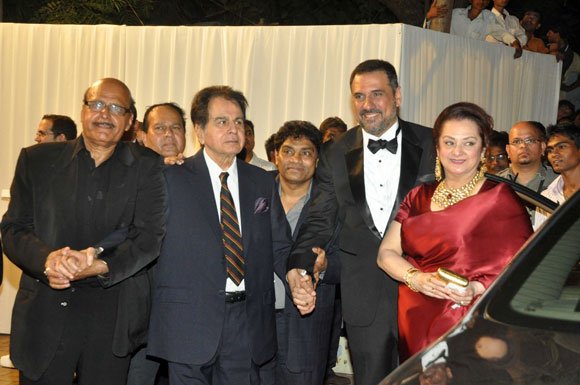 Mumbai: Three days after Dilip Kumar passed away at the age of 98, his admirers and fellow artists continue to share memories and anecdotes relating to the legendary actor.

Actor and comedian Johnny Lever took to Instagram to share some “beautiful memories” with one of Indian cinema’s tallest figures.

Lever paid tribute by posting a picture of him with Dilip Sahab, and recalling how the latter had once done a “small mimicry act” for him while they were on tour.

The accomplished comedian also fondly remembered Dilip Kumar serving him biryani “with his own hands at his home”.

“It was amazing to see how such a great personality like him could be so humble & grounded. He is an institution we love & learnt so much from. May his soul rest in peace, & may God give strength to Saira ji & his family. #dilipkumar,” wrote Lever.

Lever will next be seen in Priyadarshan’s ‘Hungama 2’, which also stars Shilpa Shetty, Meezaan, Pranitha Subhash, Rajpal Yadav and Ashutosh Rana. The sequel to the 2003 film is scheduled to release on Disney+ Hotstar on July 23.

Sportslovers Brace For A Super Sunday; Here’s What Is In Store

Construction Of Parallel Roads In Bhubaneswar Put On Fast Track