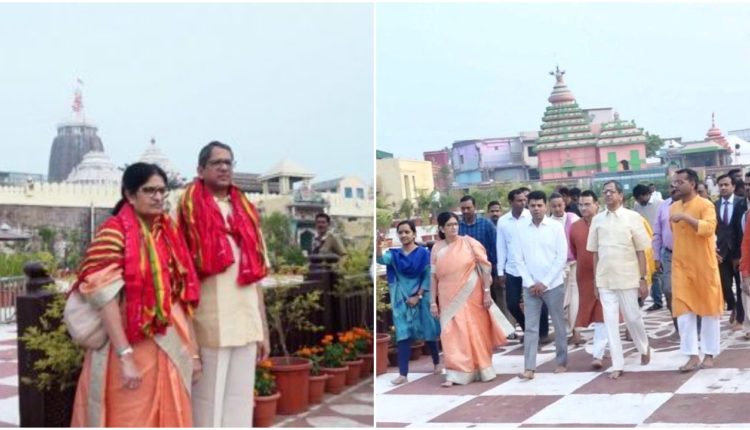 Bhubaneswar: Justice NV Ramana, who is set to take over as 48th Chief Justice of India, visited Puri in 2019 and 2020 to pay obeisance to the sibling deities at Jagannath Temple.

The apex court judge had last visited the Pilgrim Town with his wife on January 25, 2020.

CJI SA Bobde, who is due to retire on April 23, has recommended Justice Raman, the senior-most judge in the Supreme Court, as his successor. He handed over a copy of his letter of recommendation to Justice Ramana on Wednesday.

The judge, who hails from an agricultural family in Andhra Pradesh, served as Chief Justice of the Delhi High Court before being elevated to the Supreme Court in February 2014.