Who Will Be India’s First-Choice Wicketkeeper In T20 Clash Against England & Who Said What? 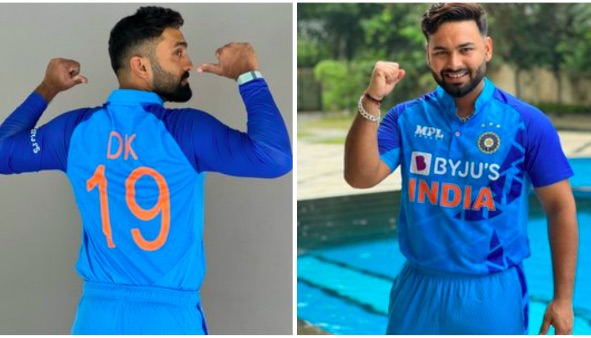 Bhubaneswar: While fans are worried over possible rain delay in the marquee ICC T20 World Cup second semi-final clash between India and England, on Thursday at Australia’s Adelaide Oval, the Dinesh Karthik vs Rishabh Pant dilemma continues in the Men in Blue camp. The match will be played around 1.30 pm.

Who will be India’s first-choice wicketkeeper?

While keeping mum over the team composition, India captain Rohit Sharma said both wicketkeepers will be available for selection. India opted for Dinesh Karthik in the ongoing T20 World Cup in four of the five matches played so far. But sub-par outings with the bat, 14 runs in 3 innings, have put a question mark on his continuation in the team. Pant replaced the veteran wicketkeeper-batter in the final Super 12 match against Zimbabwe at the MCG but could score a meagre 3 off 5 balls.

The left-hander, however, could prove to be an important factor for India because of the short square boundaries in Adelaide and also handle spinners in the middle. Pant’s impressive knocks against England also work in his favour. But his inclusion would mean that Hardik Pandya will be pushed down the order and forced to play at number 6, which can diminish the explosive batsman impact with the bat.

Dinesh too has an excellent record against England’s left-arm seamer Sam Curran and can shine as the ‘finisher’ as he is expected to bowl at the death for England.

“Difficult one. For me, absolutely no doubt, DK should be there. Knock-out stages, he’s experienced, I would want him. But, here’s the curveball, I would want Pant in the team as well. I would find another spot for him. I don’t know who makes way for him,” former South Africa batter AB de Villiers said on his official YouTube channel.

“Dinesh is a lovely team player. But when it comes to a game against England or New Zealand, just seeing their attack, I think you need a robust left-hander who can turn it on and is a match-winner and a left-hander,” former India head coach Ravi Shastri told the broadcaster Star Sports after India’s victory over Zimbabwe on Sunday.

“In the middle of the tournament, I’m not supposed to comment on Rishabh Pant & Dinesh Karthik debate. After the World Cup, I will definitely comment. But right now it’s upon the captain and coach to decide,” BCCI chief selector Chetan Sharma earlier told the media.

“A batsman of his calibre is getting benched for Dinesh Kartik on Australian pitches, an absolute joke. When did Dinesh Karthik last play in Austrlaia? This isn’t a Bangalore wicket. I said this even today that Pant should’ve been in the team instead of Hooda, Pant has the experience of playing here. He broke Gabba’s pride in his legendary knock,” former cricketer Virendra Sehwag said on Cricbuzz.com.