Why Just Delhi? Mamata Banerjee Proposes 4 Capitals In The Country Including Kolkata 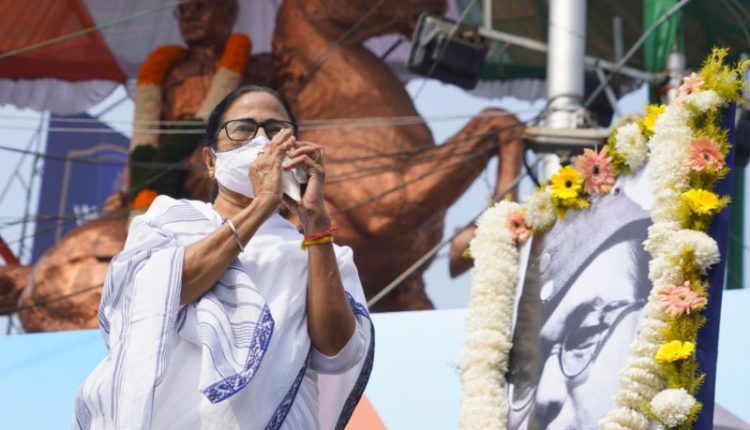 Kolkata: West Bengal Chief Minister Mamata Banerjee on Saturday said that there should be four capitals in India.

Speaking at Shyambazar after garlanding the statue of Netaji Subhas Chandra Bose on his 125th birth anniversary, Mamata claimed that January 23 will be observed as ‘Deshnayak Diwas’ and will soon be declared as a national holiday.

“Despite several reminders, the BJP-led central government hasn’t declared January 23 as national holiday, but it will be done soon… I believe that India must have four rotating capitals in four zones. The British ruled the country from Kolkata. Why should there be only one capital in our country, Kolkata should also be another capital,” demanded the Trinamool Congress (TMC) supremo.

Slamming the Central government for naming January 23 as ‘Parakram Diwas’, Mamata reiterated that neither she nor anyone from Netaji’s family was consulted.

“Nobel laureate Rabindranath Tagore called Netaji ‘Deshnayak’. This is the reason we call it Deshnayak Diwas. Netaji should be understood with emotions. There are few who have loved their motherland like Netaji. We all know about Netaji’s birthday but are unaware about his death,” remarked the chief minister.

She continued her tirade against the BJP government, questioning why it decided to do away with the Planning Commission that was conceptualized by Netaji himself.

“We don’t politicize Netaji. We are in touch with Netaji’s family all round the year. But some just want to take Natji’s name just because election is nearing. The Centre dissolved Netaji’s planning commission. It must be revived. Now the central government doesn’t listen to anyone. They are destroying the federal structure,” Mamata thundered.

She announced the setting up of a monument after Azad Hind Fauj and a state-funded university, dedicated to Netaji.

“A monument, named after Azad Hind Fauj, will be built at Rajarhat. A university named after Netaji is also being set up to be funded entirely by the state, and will have tie-ups with foreign universities,” the chief minister said before leading a 6.5 km grand procession towards Red Road where she garlanded another statue of Subhas Chandra Bose.