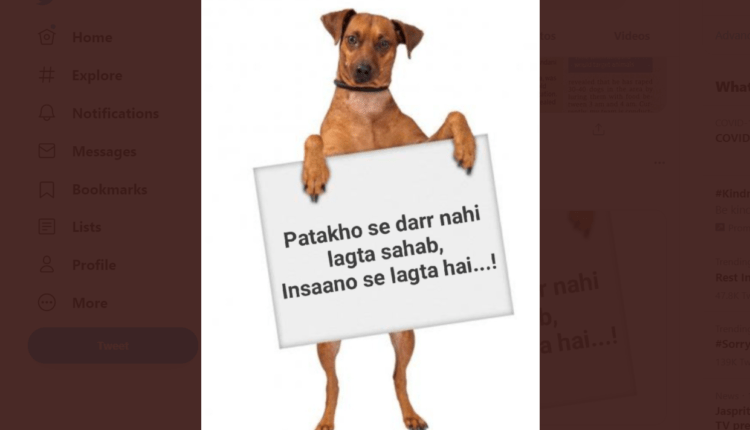 Bhubaneswar: The sickening news of an elderly vegetable vendor having unnatural sex with street dogs has set the Twitter on fire. #SorrySheru has been trending on Twitter and people have taken to the micro blogging site demanding stringent punishment for the accused.

The accused is Ahmad Shah, a vegetable vendor of Juhu in Mumbai. He was arrested for having unnatural sex with street dogs. We bring you some of the tweets:

Vijay Mohnani, from an animal rights NGO in Mumbai, reached out to police and shared a video wherein Ahmad can be seen raping a dog. The video was shot in December last year, however, according to police, animal rights activist Vijay received the video a few days ago. As soon as he received the video, he registered a complaint against the accused.

Mohnani said in his complaint “I received a call from a resident of Juhu Galli, who told me there is a man in their area who rapes street dogs. The man said he has a video shot in December 2020, where the accused is caught on camera raping the dog. I asked him why he did not complain to the police earlier… the man said he knew the accused and had warned him not to repeat the act, but the accused kept repeating it, and hence, he informed me about it.”

Sheru after hearing the voice of Ahmed Bhai #SorrySheru pic.twitter.com/zMhEY22h8L

Police arrested Ahmad under Section 429 (Whoever commits mischief by killing, poisoning, maiming, or rendering useless) and 377 (unnatural sex) of the Indian Penal Code (IPC). Police said, “Ahmad may have raped several other female dogs in the area.

Netizens Call For #BoycottFabindia; Know Why They Are Hopping Mad