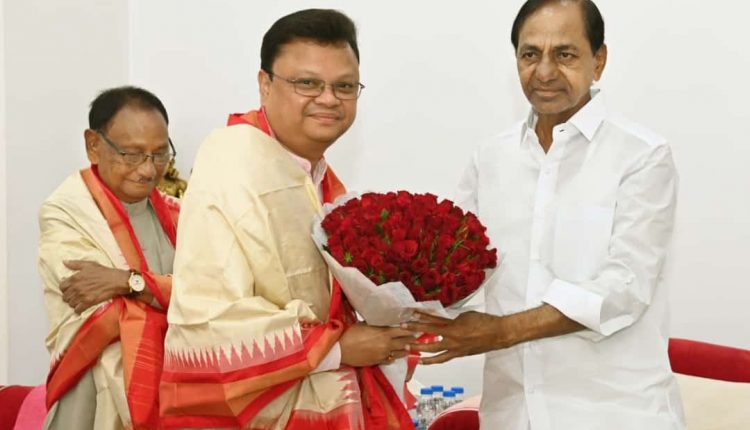 Bhubaneswar: The meeting of former chief minister of Odisha Giridhar Gamang and his son Shishir Gamang with the president of Bharat Rashtra Samiti (BRS), K Chandrasekhar Rao, has led to speculation that the latter may join the regional party of Telangana.

The father and son met Rao on Friday. At present, both of them are in the BJP but going by speculation in political circles they might leave the saffron party and join BRS.

While neither Giridhar nor Shishir has issued any statement on the meeting, Odisha Bytes tried to contact but their phones remained unreachable.

Meanwhile, chief minister’s office of Telangana, in a tweet, said Giridhar Gamang paid a courtesy call on Chief Minister K Chandrashekar Rao at Pragati Bhavan. Shishir Gamang and others were present at the meeting. 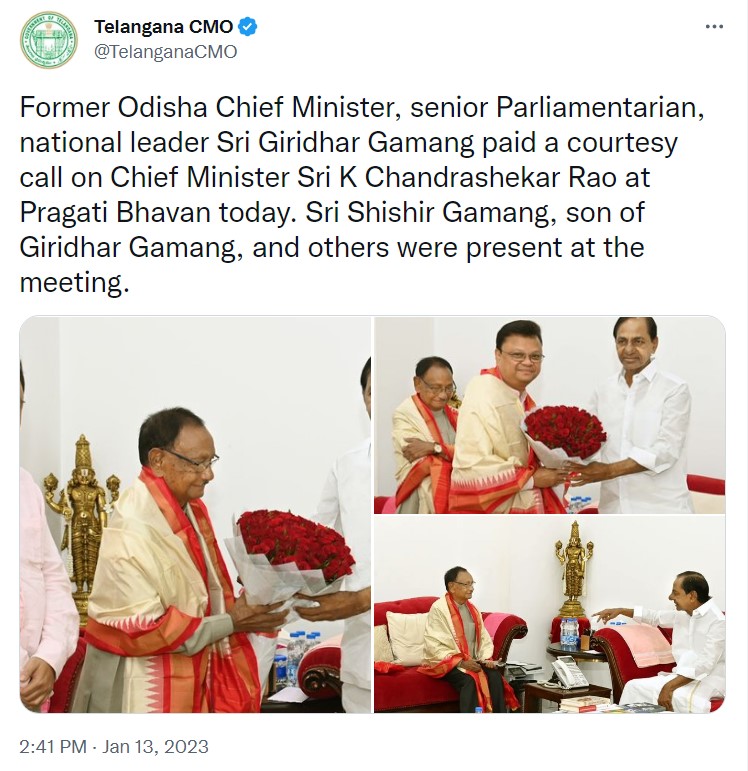 Giridhar helmed the Congress government in Odisha for some months in 1999. BSR has been elected to power in two successive Assembly elections since Telangana was carved out of Andhra Pradesh.