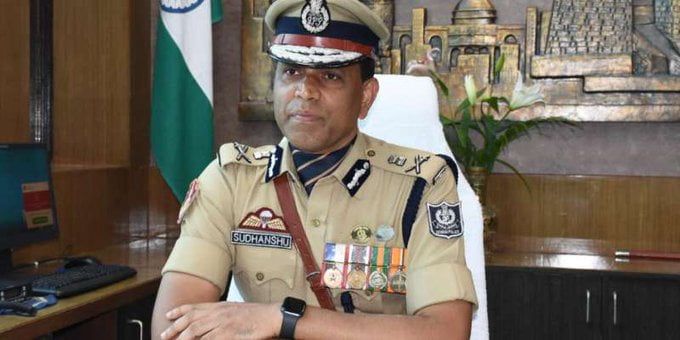 Bhubaneswar:  Following his empanelment to the rank of additional director-general of police (ADG) at the Centre, speculation is rife that the Twin City Commissioner of Police Sudhanshu Sarangi may go on central deputation soon.

This can be attributed to the fact that Sarangi was hugely upset on not finding his name among the 24 IPS officers belonging to 1989 and 1990 batches released by Appointments Committee of the Cabinet (ACC) on January 15, 2020, for empanelment at ADG rank.

On February 27 the same year, he wrote to the MHA (through the state DGP) and urged it to conduct a review of the empanelling process.

The state government had promoted Sarangi and three other 1990-batch IPS officers of the Odisha cadre — YB Khurania, Arun Sarangi and Mahendra Pratap—to the rank of ADG in February 2015.

While some police officers are of the opinion that Sarangi may decide to continue as Bhubaneswar-Cuttack top cop with an eye on important future assignments, others feel that he would like to explore avenues at the Centre with bigger responsibilities.

He had returned to Odisha from central duty in February 2016 and was then posted as CMD of state-owned Odisha State Road Transport Corporation (OSRTC).

He served as director, state crime records bureau (SCRB), before taking charge as the new CP in August 2019.

Sarangi was instrumental in introducing technology in policing.