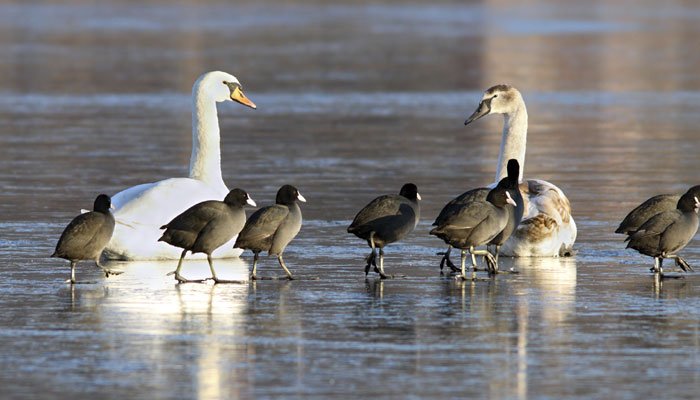 Bhubaneswar: Migratory birds have started flocking to Hirakud Dam Reservoir and the nearby areas in Odisha’s Sambalpur district for their winter sojourn.

According to sources, avian species like Common Pochard, Red Crested Pochard, Great Duck Bill, Great Crested Grebe, Little Grebe, Pond Heron and Painted Stork fly down to the reservoir from Caspian Sea, Baikal Lake, Mongolia, Central and South East Asia and Himalayan region every year due to the presence of large wetland, besides soothing climate and availability of food.

They usually migrate into the reservoir in November and stay put for four months till the end of February.

A small number of birds arrives in November, and the number increases from mid-December.

Over the years, there has been a gradual rise in the number of winged guests visiting the reservoir, which spans over an area of 746 sq km and has a shoreline of over 640 km. More than 1.36 lakh migratory birds of 81 species were spotted last year, which was a record of sorts. Similarly, 76,768 birds of 55 species picked the dam for their winter sojourn during 2016-17, while the count was 95,912 birds of 60 species in 2015-16.

More birds are expected this year.

Bird lovers have been demanding that the area be declared a Bird Sanctuary to ensure their safety.

To keep a close vigil on the winged guests and protect them from poachers, a team of Forest Department under a Ranger has been engaged on patrolling duty, the sources added.