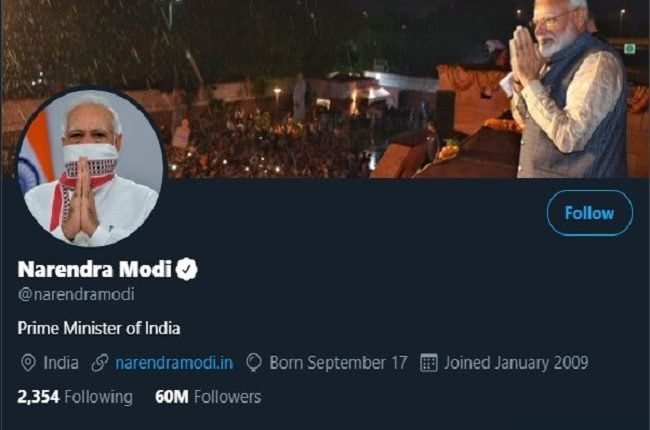 According to media reports, in September last year, Prime Minister Modi had 50 million followers on Twitter. His followers’ list on Twitter had an increment of 10 million within a span of 10 months.

PM Modi has been quite active on social media and often interacts with his followers via Twitter to answer queries and solve problems. Modi also interacts with celebrities and world leaders on the microblogging site. On quite a few occasions, PM Modi has also announced his policies and decisions on Twitter.

Corona Diaries 51: A Million & More – Our Fight Against COVID-19 Is Set For The Long Haul