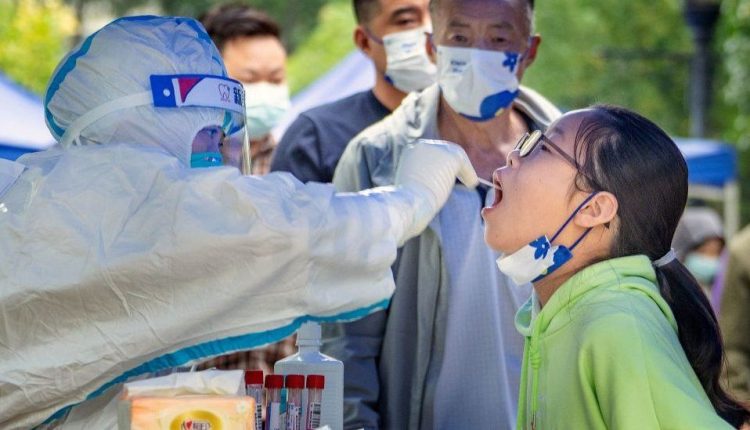 Beijing: Anything between 1.3 and 2.1 million people may be at risk in case China withdraws its zero-COVID policy. The fears are not unfounded and are based on the low vaccination and booster rates, along with a lack of hybrid immunity.

The London-based global health intelligence and analytics firm Airfinity, said, “Mainland China has very low levels of immunity across its population. Its citizens were vaccinated with domestically produced jabs Sinovac and Sinopharm which have been proven to have significantly lower efficacy and provide less protection against infection and death.”

“Consequently, our analysis shows if mainland China sees a similar wave to that in Hong Kong in February, its healthcare system could be pushed to capacity as there could be between 167 and 279 million cases nationwide, which could lead to between 1.3 and 2.1 million deaths,” it added.

Airfinity’s Head of Vaccines and Epidemiology Dr Louise Blair said it is vital for China to ramp up vaccinations to raise immunity in order to lift its zero-COVID policy, especially given how large its elderly population is. “Subsequently, China would need hybrid immunity to allow for the country to brace future waves with minimal impact.”

“This has proven effective in other countries and regions; for example, while Hong Kong’s efforts to vaccinate the vulnerable prior to opening likely only dampened the impact of its first wave, its protection has been enhanced by hybrid immunity from mass infection leading to much less impactful and deadly COVID-19 waves,” he added.

On Monday, Chinese health authorities announced two coronavirus deaths, both in Beijing, which is witnessing its worst outbreak since the start of the COVID pandemic.

These were the first officially reported deaths since the dramatic easing of restrictions on December 7.

Mascot & Logo Of ‘Youth4Water Plus’ Campaign Unveiled At Bhubaneswar’s Kalinga…