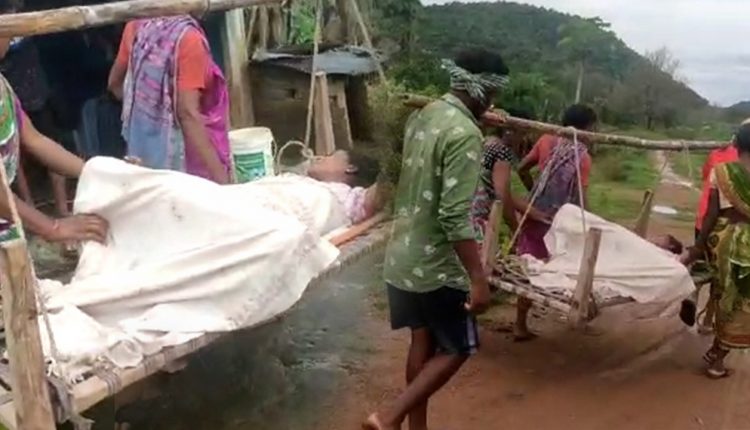 A pregnant woman of Mahapanga village in Hanumanthapur panchayat in Chandrapur block had to be carried in a cot to the 108 Ambulance van which could not reach the village due to slippery road and a stream midway.

Salmi Jagaranga was suffering from accute labour pains Tuesday morning when the Ambulance service was called in from Chandrapur. Consequently, the pregnant woman who was carried in a cot delivered a baby boy halfway through before reaching the Ambulance.

The mother and her newborn were subsequently taken back to her Mahapanga residence.

A local youth who had sent the visual said the Ambulance driver refused to take the vehicle closer to the village due to a nullah on the way and the bad road condition.