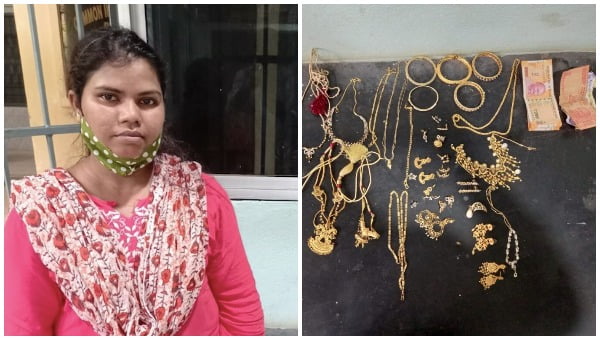 Bhubaneswar: A woman, working as domestic help, was arrested in Odisha capital for allegedly robbing gold and diamond jewellery worth crores of rupees from a house at Mehrauli in New Delhi.

The arrested has been identified as Sujata Mohapatra, a resident of Salia Sahi in Bhubaneswar.

According to police sources, the woman along with her male friend looted the family while they were away attending a wedding and fled to Bhubaneswar with the valuables. They had then checked-in into a hotel here.

The house owner lodged a complaint with Mehrauli police after learning about the theft. Acting on the FIR, the cops their counterparts in Bhubaneswar.

On Tuesday, a three-member team of  Delhi police reached the city and the team along with Commissionerate Police nabbed Sujata after a raid on the hotel at Raj Mahal. Her male friend, however, managed to give police the slip. All the stolen jewellery were seized from her possession.

Sujata was then produced before Bhubaneswar SDJM Court, which allowed Delhi police to take her on transit remand, the sources added.