Woman To Head Bhubaneswar Civic Body After 29 Years; Know The 3 Candidates In The Fray 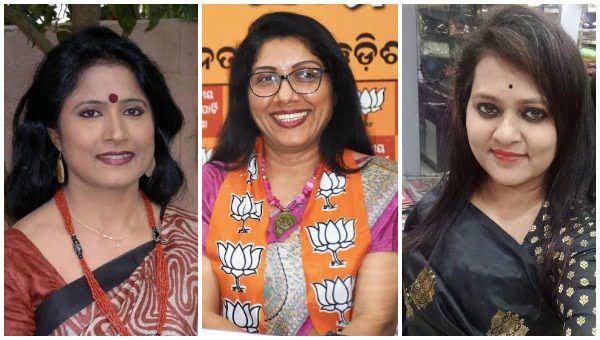 Bhubaneswar: After a gap of almost three decades, a woman will again head the Bhubaneswar civic body for which direct elections will be held, for the first time, on March 24.

Bhubaneswar had last seen a woman heading its civic body in 1993 when then Janata Dal’s Kiran Bala Mangaraj was elected as Chairperson. Bhubaneswar’s affairs were looked after by a municipality and not a municipal corporation. Biju Patnaik was then Odisha Chief Minister.

Sulochana Das: State commissioner for persons with disabilities Sulochana Das is BJD’s mayoral candidate. The journalist-turned-politician had joined the BJD in June 2017 after quitting Congress. She was also the spokesperson for BJD before being appointed to the quasi-judicial body that deals with issues of the differently-abled in September 2019. This was the first government appointment to the post earlier held by the Secretary of the Women and Child Development department.

During her stint as the State Commissioner for Persons with Disabilities, Sulochana was instrumental in setting Integrated Infrastructure Complex for the rehabilitation of elderly persons, transgenders, drug addicts and destitute people in different districts.

She did her schooling at Binjharpur village school, Jajpur. She completed graduation from Bhadrak college and post-graduation from Ravenshaw University. Later, she did her Masters in Economics and Journalism and Mass Communication, and also holds an LLB Degree from a reputed institution.

The BJD has described her as an articulate person.

Speaking to the media, Sulochna said that if elected she would work to make the city number 1 and slum-free. “I am a hard worker and I will try to solve the problems of the residents with utmost sincerity and commitment,” she said.

She also expressed her gratitude to party president Naveen Patnaik for reposing faith in her.

Suniti Munda: Writer and social activist Suniti Mund is BJP’s mayor candidate for Bhubaneswar: She was picked from 25 shortlisted candidates as the party wanted to field a fresh face with a good academic background, BJP leader and Bhubaneswar MP Aparajita Sarangi said while announcing her candidature for the post.

Suniti, who hails from Bhawanipatna, has authored 28 books and has been associated with media and journalism for over a decade. She has also produced and directed many serials, ads and documentaries telecast on Doordarshan and other channels. She is also the managing director of Dakshya Ventrue Pvt Ltd and the chairperson of the Institute of Literature, Dakshya Foundation.

She holds a Masters’ degree in Odia from Sambalpur University, PG Diploma in Journalism and Mass Communication from IIIMC, PG Diploma in Rural Development from IGNOU, Delhi, and Hindi Ratna from Rastra Vasha, Wardha. She has been living in Bhubaneswar for the last 20 years.

While thanking BJP for reposing faith in her for the mayoral candidate for BMC, Suniti said that she would do her best to make Bhubaneswar a beautiful city and improve the slums. “I know the city and its issues well. Being an author, I am sensitive to the needs of people. A lot of development is required for the welfare of slum dwellers and I will work towards it if elected,” she said.

Madhusmita Acharya: The Congress nominee for the post is the daughter-in-law of former Congress MLA from Dharamsala, Kangali Charan Panda. The former president of the Kamala Nehru College in Bhubaneswar, Madhusmita is also an entrepreneur, sportsperson, and Odissi dancer.

She did her Masters in Arts from Utkal University and MBA in Cosmetology. She was also adjudged the Best cadet in NCC Republic Day parade, New Delhi.

Madhusmita is an active member of Neheru Institute of Youth Affairs and secretary of Maa Gajalaxmi Yuba Parishad, which has been conducting Laxmi Puja at IRC Village for the last 17 years. She is also the former player and coach of Ball Badminton Association, Odisha.

She also did door-to-door campaigning in assembly elections for her father-in-law at Dharamsala.

“I have never been in politics but people still recognise me because I have always tried to reach out to them. Money power does not always translate into votes. Bhubaneswar denizens are intelligent enough to pick the candidate who they feel is right for them,” she said.

While the BJD is riding on the rural polls victory waves, it is likely to face a stiff challenge from BJP since sitting MP Aparajita Sarangi is from the saffron party. She won the 2019 Lok Sabha elections though BJP lost in all the seven constituent assembly seats

Notably, the BJD had retained the mayor seat in 2008 and 2013 with Ananta Narayan Jena as the chairperson in both terms. It will be banking on his reputation in the slums to win the seat once again.