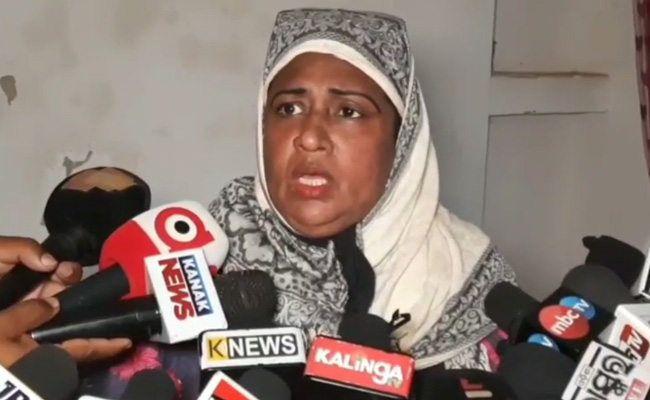 Jajpur: A woman from Odisha’s Jajpur has written a letter to President Droupadi Murmu seeking euthanasia, protesting acquisition of her land and building for a road widening project.

The woman, identified as Kusuma Bibi, said she has a three-storey building near Kusuma in Jajpur where she resides, and also rented a hotel along with a shop. She gives her family the required financial support with the rent money.

As the road widening work is underway from Medical Street to Kusuma Road, the district administration is paying compensation to all those who owned the properties after acquiring the land.

Under this process, Kusuma Bibi will also have to vacate the property and her land will be acquired by the government. However, she was not satisfied with the compensation amount slated to be given by the administration, sources said.

She said she approached the High Court demanding a fair price for the land and building as well as allotment of another space in the commercial premises. The court also ruled in favor of Bibi and directed the administration to give her appropriate compensation, she claimed.

However, the administration allegedly threatened eviction without taking any action in this regard. Due to this, Bibi appealed to the President in a letter sent through the deputy collector to allow her euthanasia.

“I will allow the beginning of the developmental work on my property in return for a proper compensation amount. Since I have a commercial establishment on my property, I also want to get a similar property,” Kusuma told media.

“However, the district administration and the municipality did not listen to my demands and continued to threatened me to leave the place. Hence, please let me and my family die in peace,” she added.