This is part of Elisa Patnaik's weekly column HeartFelt 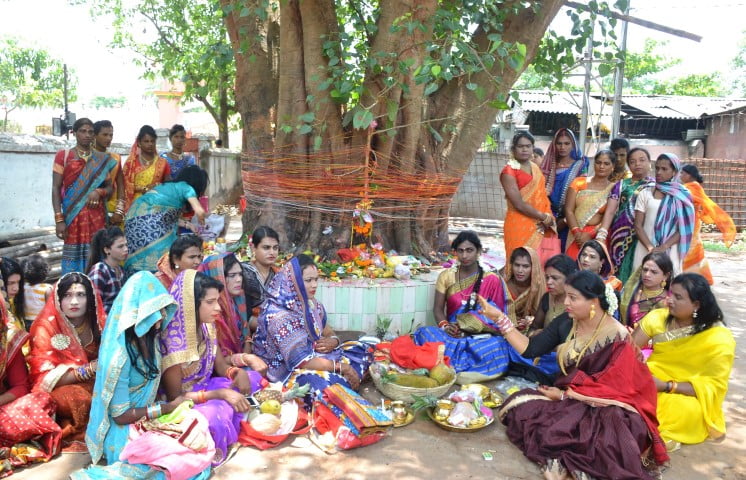 It was a hot and humid May afternoon and I had accompanied my colleagues for a video shoot in a village close to Bhubaneswar. We were interviewing a family in the village and by the time I finished my conversation with the lady of the house, it was nearly lunch time. As we were wrapping up, the woman rushed to serve lunch to her husband and other family members. A few minutes later, a quick peep into their house showed the man of the house sitting in a cool room under the fan with quite a spread in front of him and his wife hovering around with a glass of water and waiting to serve second helpings.

As we expressed our gratitude to her for the time, I told her to have her lunch to which she quickly replied: “I am fasting today.”  So what will you eat today? I asked on our way back passing the courtyard. She pointed towards a small enclosure with a separate earthen chullah where she said she would now prepare the bhog, finish the Pooja and then have the offerings made. It was close to 40 degree Celsius outside and when I asked her if she has any help, she smiled saying, “Who will help me? My husband and children will now take a nap after lunch. And they are more interested in eating the peetha and khiri (sweets and desserts) which I will now prepare for the Pooja.”

The images and the conversations kept playing on my mind as I thought how women in almost every house slog from dawn till night for every festival, celebration and event in a family. And many do it as a badge of pride, love for the family and as propagators of culture and tradition. I have seen my grandmother, mother and aunts doing the same in some measure or the other (any assistance from domestic helps and other family members is a bonus and a piece of luck!). They wake up early, wash, clean, cook, decorate, worship and also serve food to the entire family. Those with a career outside home manage it well within the time or take leave. Some women even cook separate lunch for their husbands or family if they dislike eating the simple Pooja food.

Many of us have witnessed married women in Odisha on their toes from dawn till late at night, preparing for and observing religious festivals like Manabasa Gurubara, Sudasa Brata, Sabitri Brata – all observed for the family’s well-being and prosperity and long life of the husbands. Of course, most of the women do it willingly, as a natural responsibility being socially conditioned to do so having seen their mothers and other female members do it. However, keeping aside the celebration part of it along with the religious and social obligation –  I am not sure how many women would actually like to bear this load and responsibility alone with little or no support from the family, especially the male members.

While the religious texts extol the virtues of women and their power, in real life they are left with little choice to exercise them.

Women and young girls are most often accused or blamed for not continuing the cultural traditions and family legacy. Right from not knowing enough about the customs and ritualistic traditions, to their lack of skill in preparation of traditional delicacies and offerings. I have heard many elderly women uttering with a sigh, “Our generation is the last to taste this traditional sweet what with the daughters and daughters-in-laws showing little interest to learn and preserve this tradition.”

Women and girls are often bequeathed with the mantle of religious and cultural traditions in a family and society, the guardians and consumers of culture. But they continue to face barriers and are discriminated on the basis of their gender that prevents them from playing  equal and independent roles.

I am not even broaching the patriarchal, sexist and misogynist strokes colouring the festivals. Precedence is usually given to married women in most of the traditional rituals and festivities. Menstruating women and girls are considered impure and not permitted to be part of the religious festivals and the associated rituals. During festivals and Poojas, food is usually served first to the men and other family members with women eating last, even if they have been slogging and fasting all day.

This is not about a particular religion or celebration of mainstream and popular festivals. Women across religion, geographies, socio-economic status and timelines have been considered the prime upholders and diffusers of cultural practices especially among other female family members and to the next generations.

It is always good following cultural traditions and observing festival rituals as long as it is not discriminatory to women, where the entire family helps and participates and women also rest and enjoy the festivities. And also why should the responsibility of passing cultural traditions to the generations thereafter be borne by women alone as a mark of honour, pride and womanhood? More importantly, without women being given the choice to decide and voice their honest opinion about it.

Personally I have been lucky to not have borne this burden of expectation from my family especially my mother and mother-in-law. While they have continued to follow some of the practices, they have never insisted or expected that I do similarly. Of course, I am not sure if given a choice, they would have liked me to follow and observe them! Also, though my young daughter has seen me making efforts while celebrating some of the festivals, I don’t make myself the sacrificial lamb at the altar of culture and tradition. Moreover, I have always tried to convey the message to both her and my teenaged son that it’s a family affair.

I think it is deeply regressive and unfair that women have to bear the double burden of not just toiling to uphold and continue the sanctity and festivity of the festivals but also be responsible for passing it down to the next generation. It’s high time we are aware, rethink on the notion that women are the cultural torchbearers of a family and community and eliminate the patriarchal roots so widely prevalent.

Mild COVID-19 Could Be Linked To Prior Less Virulent Coronaviruses, Says Study

Our Never-Ending Quest For A Clean & Safe Public Toilet…