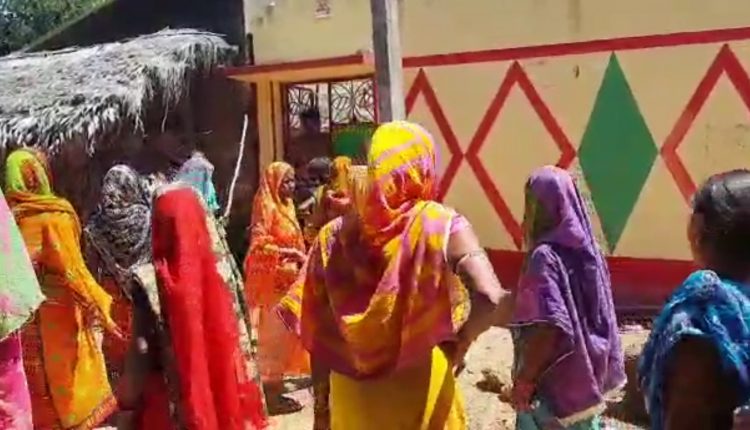 Dhenkanal: In order to make their village free of ill effects of liquor, the women staged a protest, forcing the liquor traders to flee in Odisha’s Dhenkanal district on Thursday.

According to sources, several women folks of Baghabasa village under Kankadahada police limits staged a demonstration in front of the house of the country liquor trader. Armed with sticks and ropes, they raised slogans against consumption of liquor and its bad effects on the society.

As the women continued their protest, the liquor trader came out of the house and tried to pacify them. But the agitated women engaged in an argument and insisted that he must stop the illegal trade.

As the trader did not concede to their demand, the women tried to forcibly drag him out of the house. Finding himself gheraoed by the women, the trader managed to slip away from the spot and ran into the forest through the back door of his house.

The women said they had been trying to meet the liquor trader to tell him to stop selling the country liquor but he had managed to evade them. On knowing that he was present in the house on the day, they rallied together and staged the protest.

“We will continue our protest against the liquor trade to save our families and prevent the peace of village to be disturbed. If the trader returns, we would face him again to take up the matter till he totally stops selling liquor,” said Urbasi Nayak, one of the protesting women.