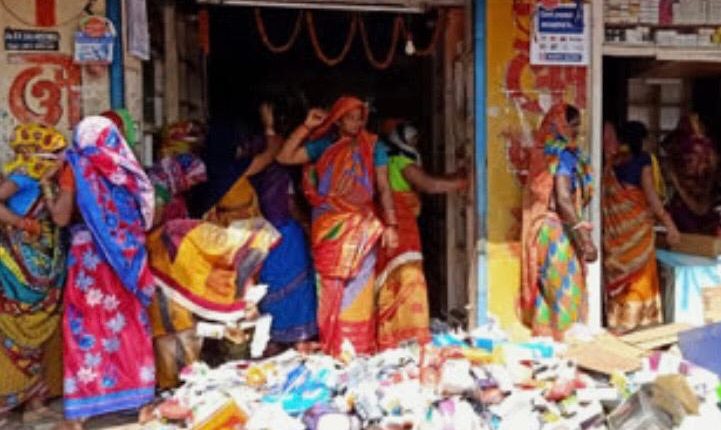 Bhubaneswar: More than 30 women with hundreds of youths ransacked three medicine stores at IRC Village in Nayapalli here on Friday.

According to sources, the women barged into the medicine stores, destroyed the medicine bottles, and threw medicine strips onto the roads. The shopkeepers were also roughed up.

The incident occurred 100 metres from the police station, but police had no inkling about it

Though the exact reason behind the incident is yet to be known, it is suspected to be the outcome of some dispute between the medicine store owners and the house owners.

A store owner has lodged a complaint in the Nayapalli police station in this regard.