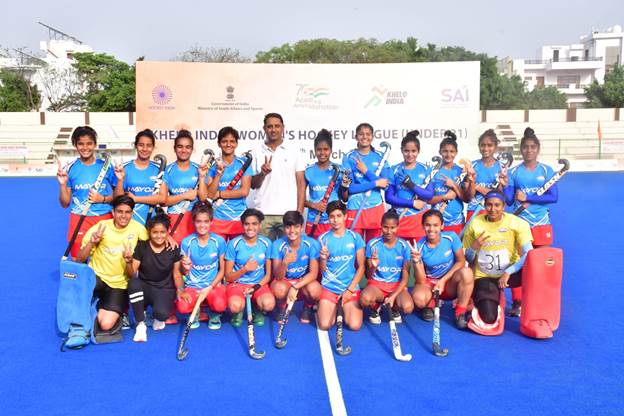 Lucknow: Sports Hostel Bhubaneswar had to settle for runners-up finish in the Khelo India Women’s (U-21) Hockey League after losing 0-5 to Pritam Siwach Hockey Academy, Sonepat, in the final at Lucknow on Wednesday.

Manju Chorsiya netted a brace while Tannu, Ritika and captain Bharti Saroha scored a goal each for the Sonepat-based academy, which is run by Dronacharya Award winner and former India captain Pritam Rani Siwach.

The first phase of the tournament was held at Delhi’s Major Dhyanchand Stadium while the second and final phases were conducted at SAI Lucknow.