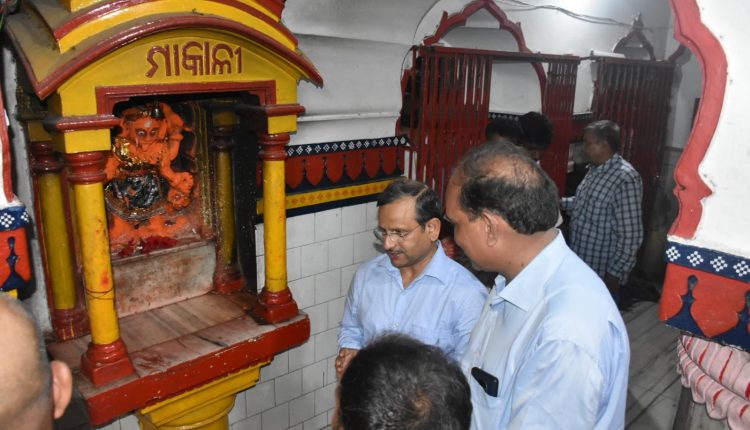 Sambalpur: The state government’s plan to develop Hirakud dam and islands around it in Sambalpur district as tourist attractions and revenue generation to be implemented soon.

This was stated by chief secretary Suresh Chandra Mahapatra during a visit to Sambalpur on Saturday. Speaking to media persons near Samaleswari temple in the city, he said he held a meeting on the steps to be taken for promotion of the dam as a tourist destination of the state by developing the areas around it including the islands. The works on the project would start soon, he added

Mahapatra said he visited Samaleswari temple and took stock of the progress of development works in its surrounding areas. He also made a scrutiny of the details of light and sound show at the temple and expressed his satisfaction on the programme which highlights the history, art and culture of Sambalpur.

The chief secretary reviewed various ongoing projects in the district including widening and upgradation of Cuttack-Angul and Angul-Sambalpur National Highway at a meeting with district and other officials involved in the projects.

Besides, mega lift irrigation projects and drinking water supply through pipes under Water Resources department and construction of roads under Public Works department figured in the review meeting, Mahapatra said.

He directed the officials to draw up weekly and monthly timeline for different projects and follow those to complete the works within the deadline.