World Cup Final: Where Can It Be Won & Lost 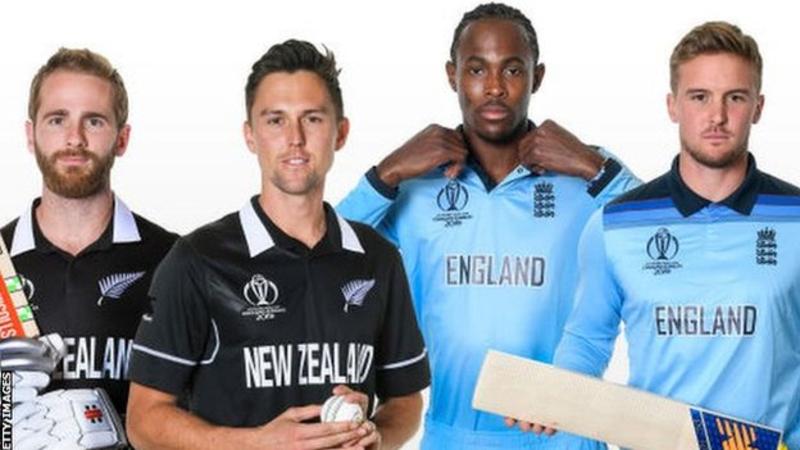 After four years of planning and 40 more of waiting, England’s men can win the World Cup for the first time on Sunday. Standing in their way at Lord’s will be New Zealand, runners-up in 2015 and surprise finalists this time around, BBC Sports reports.

England will start as big favourites, but that is to not discount the Black Caps, who stunned India in the semi-finals.

Where will the final be won and lost:

The flick of the coin has probably lost a little of its significance since England won their semi-final against Australia batting second, but it is still true that almost two-thirds of the completed games in this World Cup have been won by the team batting first.

Lord’s is likely to be different and will probably be at its best for batting early. In the four games hosted here so far at this World Cup, not one has been won by the team batting second.

It is no coincidence that England got back to their best in this tournament when Jason Roy returned from a hamstring injury to reprise his spectacular opening partnership with Jonny Bairstow.

In fact, the difference between the opening pairs in this final is as vast as the distance between London and Auckland.

On the one hand, Roy and Bairstow can lay claim to be the best of all time. Of every opening pair to have added 2,000 runs in ODIs, no partnership has a higher average than the Roy-Bairstow mark of 69.46. On the other, New Zealand’s first-wicket average of 27.62 is better than only West Indies and Afghanistan.

England have a batting line-up oozing runs. Five of their top six have made centuries in this World Cup and the only one who hasn’t, Ben Stokes, has three scores in excess of 80 and another of 79.

Even though Ross Taylor is ranked fifth in the world ODI batting rankings, the class act in the New Zealand team (and arguably the tournament) is skipper Kane Williamson, with his gossamer touch, command of geometry and absolute-zero temperament. If Roger Federer played cricket, he would bat like Kane Williamson.

His average of 91.33 is higher than every other batsman in the tournament and, in terms of runs off the bat, Williamson has been responsible for nearly a third of everything New Zealand have scored.

This has not been a World Cup for spinners. While England have Adil Rashid, the leading bowler in ODIs between World Cups, and New Zealand the canny Mitchell Santner, who was outstanding in the defeat of India, not one of the 16 leading wicket-takers is a slow bowler.

This has been the World Cup of the fast and furious, with two batteries of pacemen going head-to-head in the finale.

In reality, England have greater collective depth and quality. Jofra Archer has justified the hype with more World Cup wickets than any England bowler before him, Chris Woakes has been reliable and skillful with the new ball, Mark Wood a pacy, injury-free revelation, and Liam Plunkett a potent threat in the middle overs. All of this has been backed up by Stokes, a fifth seamer in name only.

That is not to say New Zealand do not have weapons. Lockie Ferguson will match Archer’s pace and has only one fewer wicket, while an improving Matt Henry was man of the match in the semi-final. And, in Trent Boult, they may just have the best bowler on either side. A prodigious swinger of the ball, he has the natural advantage of being a left-armer.

In a tight game, the outcome can often be decided by which team holds its nerve in the field. A fumble, a missed run out, or just failing to hang on to a half-chance can be the difference between immortality and obscurity.

For the majority of this tournament, New Zealand have been characteristically excellent in the field (except for, ironically, a sloppy day against England).

In the semi-final, two moments of magic contributed to their famous win – Neesham’s outrageous catch to snaffle Dinesh Karthik, and Guptill’s direct-hit run-out to remove MS Dhoni that effectively won the game.

England have had their ups and downs in the field. In their first defeat, against Pakistan, they were awful, while minor mistakes have cropped up with regularity.

NROs Can Be The Backbone Of Odisha’s Development