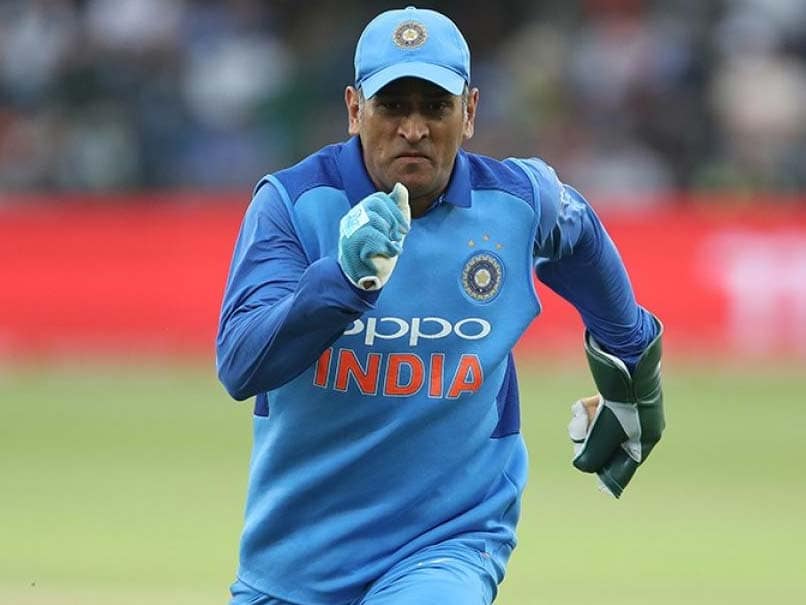 Going into the business end of the 2019 World Cup, there have been quite a few experts who have questioned MS Dhoni’s position in the team and termed his knocks a struggle. But when it comes to the players, they swear by their ‘Mahi bhai’, NDTV reported.

While skipper Virat Kohli and deputy Rohit Sharma have been vocal about how Dhoni is the pillar around which the team functions, the other players have also had enough of this debate on the former skipper’s position.

An Indian squad member said that while everyone seems to be looking at his strike rate, what they forget is the longish tail that he has to carry with him as was evident in the game against Bangladesh.

“Let’s be honest. We are not England when it comes to batting. We have a tail and when Mahi bhai walks in, more often than not, he needs to keep that in mind. He doesn’t have the freedom say a Ben Stokes has because England bat till almost number 10, we don’t. We lost two wickets in the final over against Bangladesh the moment he got out.

“As for his experience on the field, he is the man who has the answer to every question we have. If Plan A doesn’t work, he gives you B, C and D. In fact, even during the game against Bangladesh on Tuesday, did you notice him constantly guiding Rishabh Pant and telling him about the areas he should target? You cannot buy that experience in the market,” the player said.

Echoing the sentiments, another player said that it is due to Dhoni’s presence that someone like a Kohli can happily field in the outfield as he can rely on the former skipper to bring in the necessary changes in field placements.

“Virat bhai can stand in the deep and cut the important boundaries because Mahi bhai is standing behind the wicket to guide the bowlers. The best part is that when we walk out to field, after a couple of overs he will tell the bowlers the exact areas to bowl on and how the bowler needs to work on his speed and variations. That is irreplaceable let me tell you,” the player explained.

Another player added that when a team plays a big tournament, it is the mere presence of a stalwart like Dhoni that helps boost the confidence of the players.

“We know Mahi bhai is there. Be it the subtle changes in fielding or guiding us with the areas to target while batting, his suggestions are so accurate that you don’t even blink an eyelid. If he says it, we just follow,” he said.

Odisha MP Keeps Her Promise To Keonjhar In Lok Sabha