As deliberated in part one of the series, India’s inter-relationship with environment and Nature goes back to the Vedic ages. The progress of India on this front has been timely and fast. Taking initiative from the United Nations Conference on the Human Environment, 1972, India incorporated environmental concerns in the Constitution through the 42nd Amendment in 1976. Environment has become a priority in policy statements, plans and strategies; especially after 1980 with the establishment of a full-fledged Ministry of Environment and Forests. Increasing concern on Environmental Education (EE) in India gained momentum while its importance was recognized by the government and policy was planned. Subsequently in 1985, the Supreme Court ruled that Article 21 of the Constitution, which guarantees each citizen the “right to life,” necessarily includes the “right to a healthy environment”, thereby requiring mandatory environmental education to fulfil the fundamental duties of citizens to “protect and improve the natural environment”. The Indian Institute of Ecology and Environment(IIEE), New Delhi, is at the forefront today to impart education on environment.

Mahatma Gandhi’s seminal work, Hind Swaraj, written in 1909, fore-warned the dangers the world is facing today in the form of environmental destruction and the threat to the planet. His words, “The Earth has enough resources for our need but not for our greed”, became a clarion call for later environmentalists to launch major movements, such as the Chipko movement led by Chandi Prasad Bhatt and Sunder Lal Bahuguna and the Narmada Bachao Andolan by Baba Amte and Medha Patkar, to protect the environment.

Fast tracking to today, let us examine the latest scenario of the environment and India’s perspective.

India is among the bottom five countries on the Environmental Performance Index, 2018 (EPI), plummeting 36 points from 141 in 2016, according to a biennial report by Yale and Columbia Universities along with the World Economic Forum.

While India is at the bottom of the list in the environmental health category, it ranks 178 out of 180 as far as air quality is concerned.

Its overall low ranking, 177 among 180 countries, was linked to poor performance in the environment health policy and deaths due to air pollution categories.

The EPI pointed out that deaths attributed to ultra-fine PM2.5 pollutants have risen over the past decade and are estimated at 1,640,113 annually in India.

The first major initiative in the saga of India’s mission for environment protection was the National Action Plan on Climate Change (NAPCC), launched in 2008 by the Prime Minister’s Council on Climate Change. It aimed at creating awareness among the representatives of the public, different agencies of the government, scientists, industry and the communities on the threat posed by climate change and the steps to counter it.

There were 8 national missions forming the core of NAPCC, which represents multi-pronged, long-term and integrated strategies for achieving key goals in climate change. The guiding principles were:

Regrettably, India continued to slide in the EPI. There was a perceptible change when Narendra Modi took over as the Prime Minister in 2014 with the launch of many proactive initiatives and also because of the greater awareness and parallel initiatives launched by the world bodies and various countries; with a looming environment crisis taking the international centrestage.

Let us study some of the major initiatives post-2014, taken up by India:

After taking over as the Prime Minister of India in 2014, in June that year, Narendra Modi,recognising the cultural and environmental importance of the river Ganga, the Namami Gange Programme was approved by the Union government. The Centre allocated Rs 20,000 crore to conserve and rejuvenate the river. It involved the people living on the banks of the river, and helped them attain sustainable livelihoods. 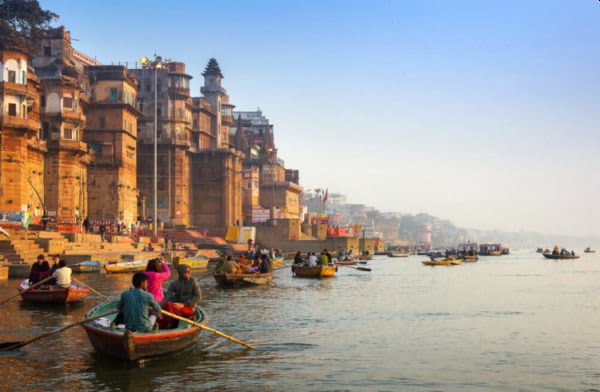 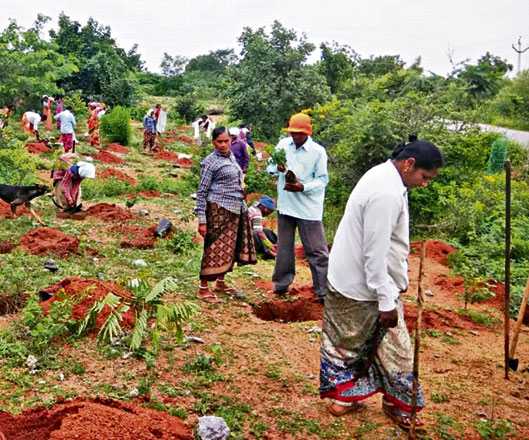 Moving away from technical or industrial skills, the Green Skill Development Programme was launched in June 2017 by the Ministry of Environment, Forest, and Climate Change. ‘Green skills’ refers to those that contribute to preserve and restore environment and create a sustainable future. Hence, the programme focuses on developing skills among the youth in the environment and forest sector. 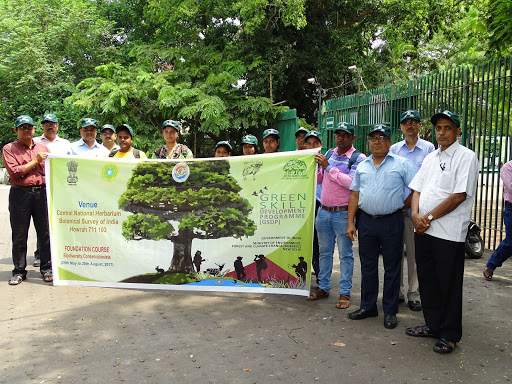 The national cleanliness drive – Swachh Bharat Abhiyan, is perhaps the most popular campaign relating to environment that the Modi government launched. Earlier, running as a candidate for the Prime Ministership, his clarion call to the youth, ‘Pehle shauchalaya, phir devalaya’ became a popular slogan. Launched on Mahatma Gandhi’s birth anniversary on October 2, 2014, the movement had people coming out to clean the roads across India. Photographs of Modi sweeping the streets became quite a sensation for some time, as he kick-started the first cleanliness drive. It is considered to be the most innovative country-specific environmental drive in the world.

India declared itself “open-defecation free” (ODF) on October 2, 2019, the 150th birth anniversary of Mahatma Gandhi, by constructing over 100 million toilets in rural India. 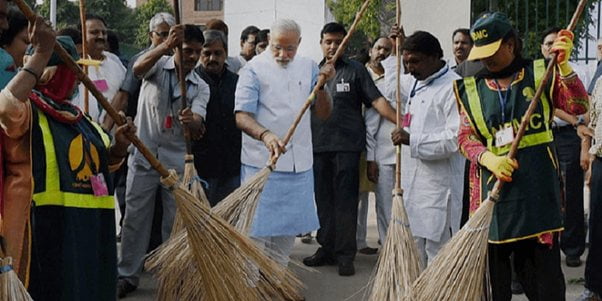 This initiative was first proposed by Modi in a speech on November 30, 2015, at Wembley Stadium, in which he referred to sunshine countries as Suryaputra (“Sons of the Sun”), with a special emphasis on India. Taking the initiative further, The International Solar Alliance (ISA) held its founding conference in New Delhi, co-chaired by Modi and French President Emmanuel Macron on March 11, 2018.

The International Solar Alliance is an international organisation with 79 member countries. It works with governments to improve energy access and security around the world and promote solar power as a sustainable way to transition to a carbon neutral future.

For bringing to fruition the innovative and unique International Solar Alliance, Modi was recently granted the UN’s Champions of the Earth Award along with Macron. 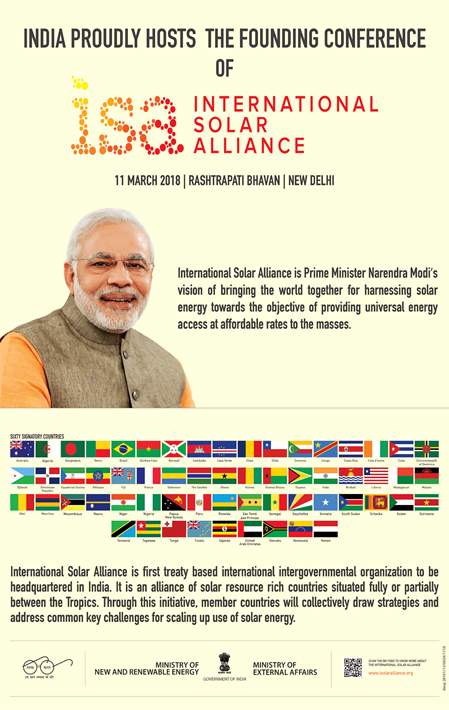 These actions, besides its significant environmental benefit, will also usher in societal benefits like:

‘Unlock 1.0’: Corona Not Exploded In India But Risk Of That Remains, Warns WHO