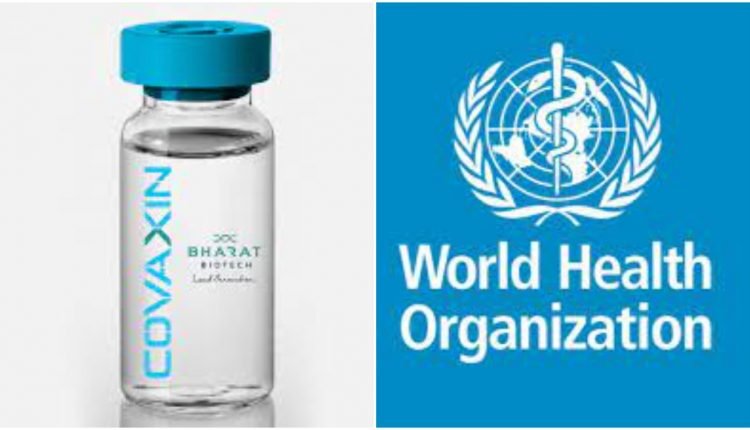 New Delhi: After the World Health Organisation gave it an emergency use licence (EUL), India-made, Bharat Biotech’s Covaxin joins a ‘growing portfolio of vaccines validated by WHO’ in the global fight against COVID-19.

It’s a moment of pride for India. Developed last year and approved for use in India under emergency use authorisation since January this year, Covaxin was yet to be accepted by other countries. On Wednesday, WHO granted Covaxin EUL.

Covaxin was developed by Hyderabad-based Bharat Biotech in collaboration with the Indian Council of Medical Research (ICMR) after COVID-19 hit India. But ICMR’s role was restricted to only supplying research samples.

Bharat Biotech had strong credentials to start work on a COVID-19 vaccine, having long experience in developing vaccines for other diseases.

Before Covaxin, Bharat Biotech had several vaccines for other diseases. Among them, the rotavirus vaccine and typhoid vaccine, approved by WHO for global use.

What, however, caused some concern was ICMR’s directive to hospitals to fast-track approvals for clinical trials. People were concerned that the government was taking short-cuts to push Covaxin. The order was eventually withdrawn.

Covaxin has played a key role in India’s fight against COVID-19 along with Covishield, developed by Oxford University and AstraZeneca and produced in India by Serum Institute of India.

Covaxin has a 78 per cent efficacy rate against COVID-19 and is “extremely suitable” for low- and middle-income countries because it is easy to store, according to WHO.

The good news on Covaxin comes a month after UK’s refusal to accept the Indian-made version of the AstraZeneca vaccine triggered strong protests in India.

Following the outcry, UK backtracked, saying that Indians who are fully vaccinated with Covishield or any other UK-approved vaccine will not be quarantined when they arrive in Britain from October 11, ending a row over what was perceived as unfair imposition of COVID-19 quarantine rules.

A Library In Every Block In Odisha’s Keonjhar