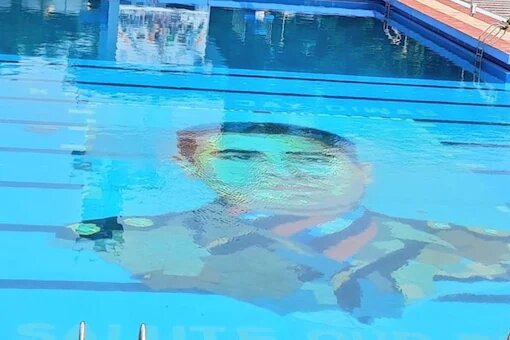 The event was organised by the Indian Army in association with the scuba team of Bond Water Sports Pvt Ltd to commemorate Kargil Vijay Diwas, a defence statement said here.

The largest underwater portrait of Captain Batra created at Pangode Military Station secured the URF World Records (Universal Records Forum), it said. The World Record certificate was awarded by the URF authorities during the event. The artist took eight hours to complete the unique 1,500 sq ft underwater installation which was created using tiles.” Station Commander of Pangode Military Station, who was the chief guest of the event, handed over a memento to the artist and team of Bond Water Sports Pvt Ltd, the release said adding that a military band display was also organised as part of the event, PTI reported.

In another event, the Station Commander laid a wreath and paid homage to Kargil war heroes at Pangode War Memorial on the occasion of Kargil Vijay Diwas, the statement added. Kargil Vijay Diwas is commemorated every year on July 26 to observe the country’s victory over Pakistan in the Kargil War in 1999.
Share FacebookTwitterGoogle+ReddItWhatsAppPinterestEmail