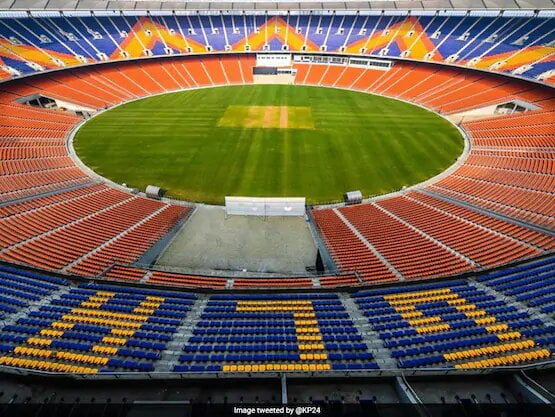 Ahmedabad: The Motera cricket stadium here has been renamed Narendra Modi Stadium. It was inaugurated by President Ram Nath Kovind ahead of the India vs England third Test on Wednesday.

Union Minister for Youth Affairs and Sports Kiren Rijiju said that the newly-built Motera Stadium is not just the largest, but also one of the best stadiums in the world. A day before the Test match, Rijiju along with BCCI secretary Jay Shah visited the stadium to take note of the world-class facilities.

Burglars Break Into Showroom, Decamp With Cash In Odisha’s Berhampur

Rath Yatra: Odias In Ahmedabad Pull Chariot Of Lords Inside…