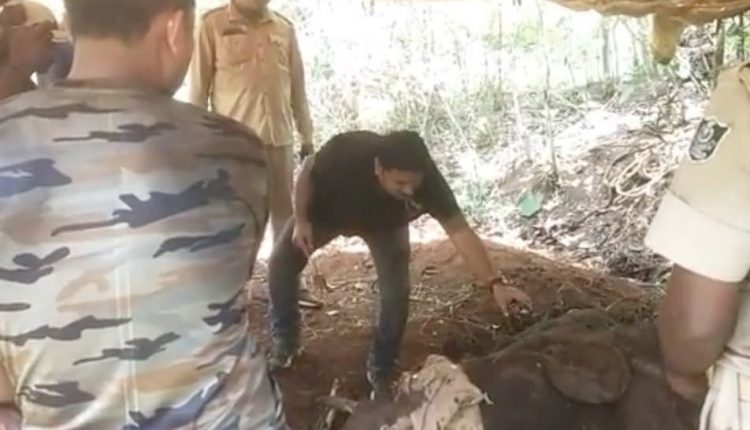 Bhubaneswar: The Environment, Forests and Climate Change Ministry on Wednesday sought an action taken report from the state Forest Department on the elephant which was wounded by poachers and later died in the Athagarh forest division of Odisha’s Cuttack district.

The ministry asked the Principal Chief Conservator of Forests (Wildlife) and Chief Wildlife Warden to submit a detailed action taken report and take strict action as per the Wildlife Protection Act, 1972.

The ministry said it came to know about the incident from various news reports and social media.

Earlier in the day, Union Environment, Forest and Climate Change Minister Bhupender Yadav promised strict action against the poachers behind the death of the elephant.

“Elephant is our heritage animal and has been given the highest protection under WLP Act. The Ministry has taken cognisance of the incident and the matter has been taken up with the state govt for strict action against the poachers to ensure protection of our wildlife heritage,” he tweeted.

Yadav’s tweet was in response to Union Education Minister Dharmendra Pradhan’s tweet on the death of the elephant. “The death of a wounded tusker who was shot by poachers in Athagarh forest is distressing for all wildlife enthusiasts. This is not just a one-off incident in Odisha,” Pradhan tweeted.

“According to media reports around 947 elephants have died due to poaching, poisoning, electrocution and accidents in the last 12 years in Odisha,” he said.

The 10-year-old tusker, shot multiple times, was spotted struggling for life in Narasinghpur forest range under Athagarh forest division in Cuttack district last week. After Badamba MLA Debi Prasad Mishra drew the attention of Forest Minister Pradip Amat about the tusker in a Facebook post, a team of veterinary doctors from Nandankanan Zoo in Bhubaneswar had rushed to the spot for its treatment.

The veterinary doctors had found the elephant shot at six different places including trunk, face and leg. While undergoing treatment in the forest range, the elephant died.

The day the tusker succumbed to gunshot injuries, skeletal remains of one more elephant were exhumed from Chandragiri reserve forest under Badamba range of Athagarh forest division.