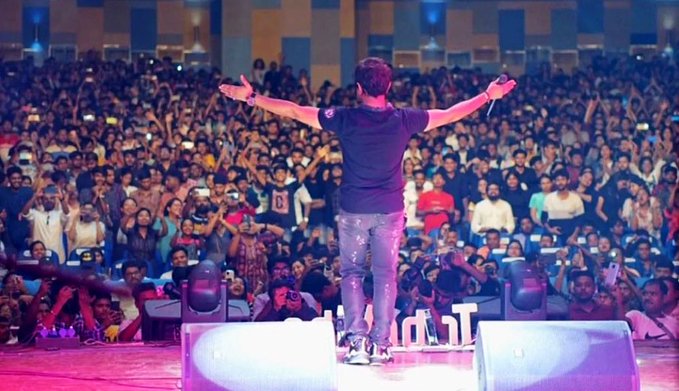 Kolkata: Bollywood Singer Krishnakumar Kunnath, popularly known as KK, passed away post his performance in Kolkata on Tuesday night. He was 53.

According to media reports, the singer fell ill after an hour-long performance at Nazrul Mancha.  He returned to his hotel in Esplanade, where he complained of uneasiness. He had suffered a massive heart attack and was immediately rushed to Calcutta Medical Research Institute at 10.30 pm but was declared brought dead.

The singer, known for songs such as Yaaron, Tadap Tadap, and Labon Ko, had shared a few pictures from his concert on his Instagram handle about 10 hours before his shocking demise.

A versatile singer, KK had recorded songs in Hindi, Tamil, Telugu, Kannada, Malayalam, Marathi and Bengali, among other languages. He is survived by his wife and son.

RIP #KK The man who gave us the best memories.