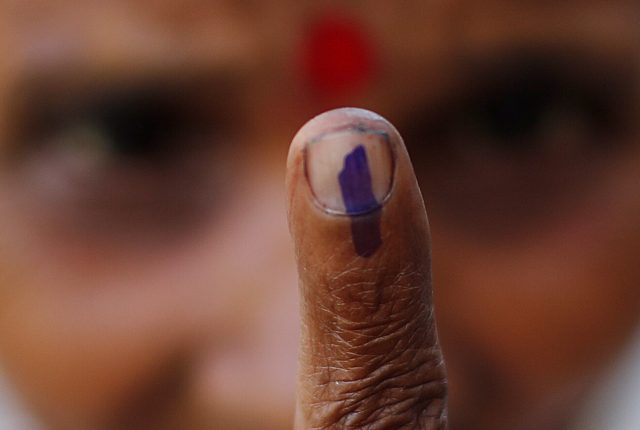 Indian politics is known for dramas, intense rhetoric and charged rallies/ roadshows – the year 2022 was packed with all elements. What was new was the Central agencies – the Central Burau of Investigation (CBI) and Enforcement Directorate (ED) – remaining in the news as if they too are stakeholders in politics.

The top events that made a huge buzz in 2022 are listed below:

Elections 2022: In the year 2022, Goa, Uttarakhand, Punjab, Manipur, Uttar Pradesh, Himachal Pradesh, Gujarat and Delhi Municipal corporation (MCD) went to elections. Bharatiya Janta Party’s dominance continued in 2022. The saffron party won five states – Goa, Uttarakhand, Manipur, Uttar Pradesh and Gujarat, while Congress secured only one state – Himachal Pradesh. The biggest surprise came from Punjab, where the Aam Aadmi Party (AAP) emerged victorious, dislodging the Congress. This was the historic poll result in terms of AAP’s political future. AAP got its first full-fledged state, while the BJP’s victories in UP and Gujarat were record-breaking. For the first time in 37 years, a ruling party returned to power in Uttar Pradesh. AAP also won the MCD ending BJP’s dominance of 15 years in the civic body.

Congress internal polls: The election for the Congress president post was big news because it was held after 25 years. The grand old party was being criticised for not conducting the internal election and favouring dynastic politics. However, as always with Congress, the internal election was also not controversy-free. Earlier, Gandhis’ loyalist Ashok Gehlot was to contest, but he denied to hand over the post of Rajasthan Chief Minster to his junior Sachin Pilot. This almost triggered a revolt in Rajasthan. The party somehow managed to deal with it and Mallikarjun Kharge, a de facto representative of Gandhis, replaced Gehlot. He was challenged by Shashi Tharoor, a G-23 member who sought radical reforms in the party. Eventually, Kharge won the election amassing 7,897 votes against 1,072 polled by Tharoor.

Rahul’s Bharat Jodo Yatra: Congress leader Rahul Gandhi is on a massive campaign to regain the lost electoral ground of his party. The BJP called it an initiative to relaunch the ‘brand Rahul’. The yatra, from Kanyakumari to Jammu and Kashmir, spanning 3,570 km, will last 150 days. Rahul Gandhi said he is on a foot march to spread love among people.

Droupadi Murmu elected President: Former Jharkhand Governor and National Democratic Alliance (NDA) candidate Droupadi Murmu was elected the 15th President of India, the first tribal woman to be elected to the position and the youngest as well. She defeated the Opposition’s candidate Yashwant Sinha. Murmu received 2,824 votes, while Sinha received 1,877 votes. Murmu hails from the Santhal tribe and was born in the district of Mayurbhanj. She came up the hard way in life, graduating and teaching in Odisha before entering electoral politics at the local body level. Later she was elected MLA and served as a minister in the Biju Janata Dal-BJP coalition government from 2000 to 2004. She remained an MLA till 2009, representing Rairangpur in Odisha.

Nitish Kumar takes a U-turn: The year 2022 has been a turning point for Bihar Chief Minister and Janta Dal United leader Nitish Kumar’s political career as he took another U-turn by rejoining the Mahagathbandhan. In August, he left the NDA and formed a government with the support of Rashtriya Janta Dal (RJD). The latest U-turn laid the roadmap ahead of the crucial 2024 general election. Recently, Nitish announced that he will run a campaign against the BJP and he would not contest any election. He hinted that Tejashwi Yadav would succeed him.

Political churning in Maharashtra: The year 2022 was a nightmare for Uddhav Thakeray-led Shiv Sena as it split into two sections. In June, Shiv Sena leader Eknath Shinde led a revolt against his own party. He along with dozens of MLAs flew to Guwahati. An absolute filmy drama was staged by Shiv Sena leaders which ended with the collapse of the MVA government. Uddhav Thackeray had to resign from the CM post. Shinde took oath as Maharashtra CM with the support of the BJP. The matter of ownership of the party is in Supreme Court. The development soured the political environment in the state. The arrest of Shiv Sena MP Sanjay Raut added fuel to the fire. The state also witnessed several high-profile arrests, including former ministers – Anil Deshmukh and Nawab Malik.

National Herald Case: National Herald Case haunted the Gandhi family in 2022. This year then Congress president Sonia Gandhi and her son Rahul Gandhi appeared before Enforcement Directorate (ED) office for the first time. In July Sonia Gandhi, whose health was not so sound due to Covid infection, appeared three times before ED, while Rahul Gandhi was grilled five times. Congress registered strong reservations against ED’s move. Grand old party leaders launched nationwide protests and once they held the ‘Bharat Band’. However, they claimed the protests were against unemployment.

Central probe agencies: It was an unprecedented year for the Central probe agencies – Enforcement Directorate and Central Bureau of Investigation (CBI). Throughout 2022, these agencies have been in news. Perhaps, it has been a year of raids and arrests too. They grilled top leaders like Sonia Gandhi, Rahul Gandhi, Manish Sisodia, DK Shiva Kumar and several others. ED arrested Shiv Sena MP Sanjay Raut, AAP minister Satyendar Jain, and former Maharashtra ministers Anil Deshmukh and Nawab Malik.

AAP: 2022 was a red-letter year for the Arvind Kejriwal-led Aam Aadmi Party (AAP) as it become a national party after getting a huge vote share – 13 per cent in PM Modi’s home state Gujarat in the recently concluded Assembly election. It also won five seats opening its account in the western state. AAP was also got success to end the 15-year dominance of the BJP in the Municipal Corporation of Delhi. The success story does not end here, the 10-year-old party created history in Punjab. AAP formed a government in the state dislodging the Congress government.