Yet Another Record Spike In COVID-19 Cases In Cuttack City; 42 From Containment Zones, 3 From Ravenshaw Campus

Cuttack: Minutes after the district administration tweeted about a record 108 new COVID-19 cases being detected in areas under Cuttack Municipal Corporation (CMC), the civic body on Tuesday provided details of only 91 more patients from the city.

According to the CMC, 73 among them are home quarantine, six institutional quarantine and 12 local contact cases.

Of the new cases, 28 more have been reported from Behera Sahi and 14 from Old Rausapatna, which are containment zones. While 11 COVID-19 cases have been detected in Thariasahi, Ravenshaw University Campus reported three cases, the CMC tweet said.

Three more patients/attendants from the isolation ward of SCB Medical College and Hospital here have tested positive for the virus. 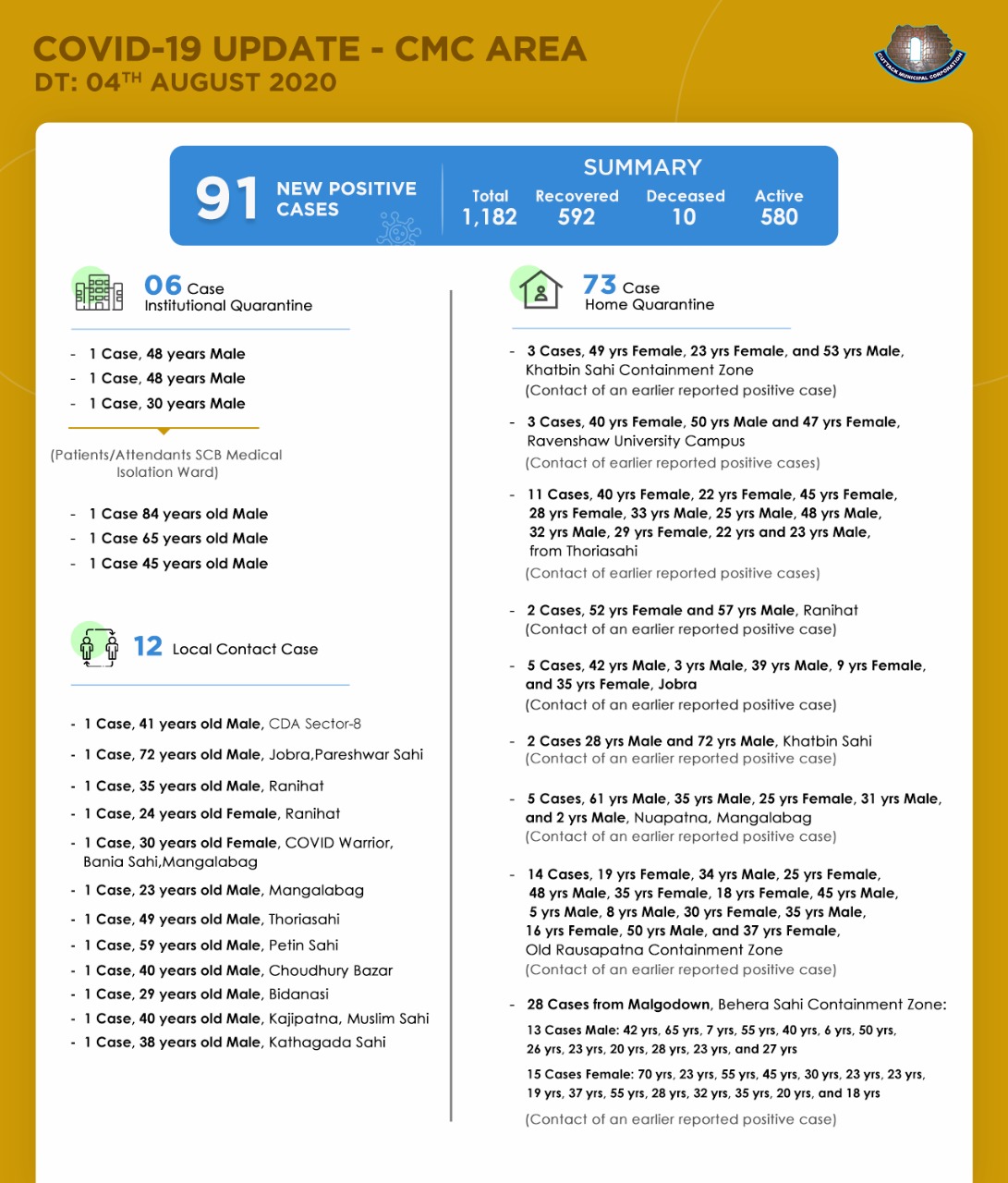 This is the second-highest single-day spike in COVID-19 cases in the Millenium City, which had reported 93 positive cases on July 24.

These new cases, according to the CMC, pushed the affected tally of the city to 1182.