Youth Burnt Alive With Motorcycle On Flyover In Bhubaneswar! 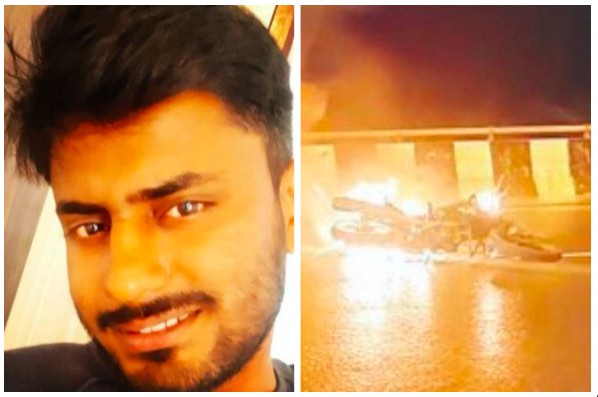 Bhubaneswar: A youth was allegedly burnt alive with a motorcycle on Acharya Vihar flyover near Maharaja cinema hall in Odisha capital late on Sunday.

The deceased has been identified as Ambika Prasan Pati, a resident of Purohitpur in Jagatsinghpur district.

According to sources, passers-by found the youth lying on the burning two-wheeler around midnight and informed Saheed Nagar police, which rushed to the spot. Firefighters arrived soon and doused the flames. The youth, who had sustained over 70 per cent burns, was taken to the hospital but was declared brought dead.

The deceased was working as a marketing executive and staying at a rented house in Kesura. He had gone to Chandrasekharpur to attend a wedding on Sunday.

It is being suspected the youth was murdered and the body later brunt on the flyover. The postmortem report would shed more light on the cause of the death, police said, adding that the case is being investigated from all angles.