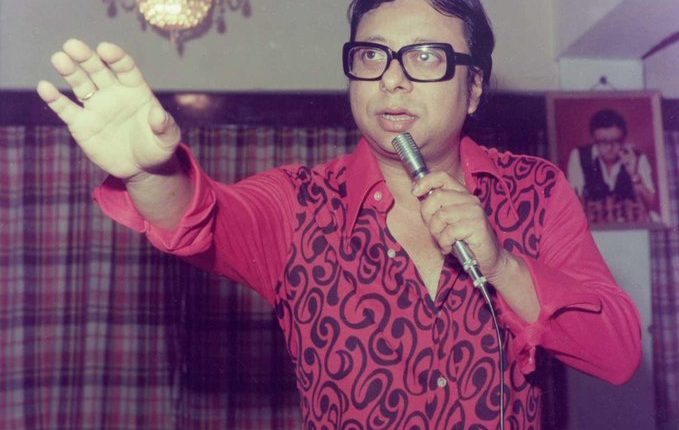 Bhubaneswar: Known for his quirky, fun and intriguing music, legendary music composer Rahul Dev Burman aka RD Burman or Pancham Da continues to rule the roost at private parties and large gatherings. Many music eras have come and gone but Pancham Da has stayed on in our hearts.

He was born to no less a person than the great music director Sachin Dev Burman in Kolkata (then Calcutta) on June 27, 1939. Pancham penned his first song Aye Meri Topi Palat Ke Aa at the age of nine years. Later, his father used the song in the 1956 film ‘Funtoosh’. Several tunes – Sar Jo Tera Chakraye, Mere Sapnon Ki Rani, Kora Kagaz Tha Yeh Man Mera – credited to his father were actually composed by him.

It was in 1961 that he first composed music for the movie ‘Chhote Nawab’ independent of his father. However, his first claim to success was Shammi Kapoor, Asha Parekh-starrer ‘Teesri Manzil’, which was released in 1966. And as they say, the rest is history. RD Burman’s collaborations with Kishore Kumar and lyricist Anand Bakshi are probably the most successful in Bollywood.

There are two popular stories behind him being nicknamed Pancham. One, actor Ashok Kumar gave him the name when he was born because he said the word ‘Pa’ repeatedly. According to the second story, he would cry in five different notes and hence, Pancham, which means five in Bangla.

Burman and Gulzar shared a special bond beyond their work. Their strong friendship played an important role in bringing out some of the best songs like Tere Bina Zindagi Se or Bite Na Bitayi Raina. Gulzar was five years older than Pancham and was under the tutelage of his father, SD Burman. The two had made a pact that if Gulzar turns director, he would work with him.

Gulzar enlisted the talent of Salil Chowdhury for his directorial debut, whom Pancham Sa regarded as his mentor. For his second film, Parichay, Gulzar picked SD Burman.

Gulzar had once said in an interview on Doordarshan, “We had a very offbeat style of working. We would go out for drives and Pancham would come up with tunes simply by drumming up on the car’s steering wheel.”

While Burman had made a mark in Bollywood with his unbeatable work, he also did some non-film work. He had released a little-known album, ‘Pantera’. Produced by Pete Gavankar, it was a combination of Latin American music with elements of rock, jazz, and funk. It was recorded in the United States in 1983-84 but was released in 1987.

He used the main theme of one of the songs from ‘Pantera’ as the intro to Rang Rangeeli Raat in Priyadarshan’s Gardish (1993).

‘I’m falling in love with a stranger’

A song titled ‘I am falling in love with a stranger’ plays in the background during a scene in Yash Chopra’s ‘Deewar’ when Amitabh Bachchan and Parveen Babi meet at a bar. The lyrics of this song are said to have been written by Pancham Da.

He was known for creating sounds from trivial and usual things. In the song, Raat Gai Baat Gai from the 1977 movie ‘Darling Darling’, starring Dev Anand and Zeenat Aman, the latter makes a beat by tapping her body. The sound was recorded in a studio. Burman played this Latin American beat by tapping the back of one of his percussionists, Amrutrao Katkar.

In Chura Liyaa Hai Tumne, he used a spoon-on-glass for the first few beats. Likewise, in Dheere Dheere Zara Zara, he created the rhythm from a bunch of keys. In the video, Rekha is seen tapping her jewellery to make that sound.

It is also believed that his love for music was so intense that he even dreamt of the same. The song Kancha Re Kancha from ‘Hare Rama Hare Krishna’ was entirely composed in his dream.

Youth Burnt Alive With Motorcycle On Flyover In Bhubaneswar!