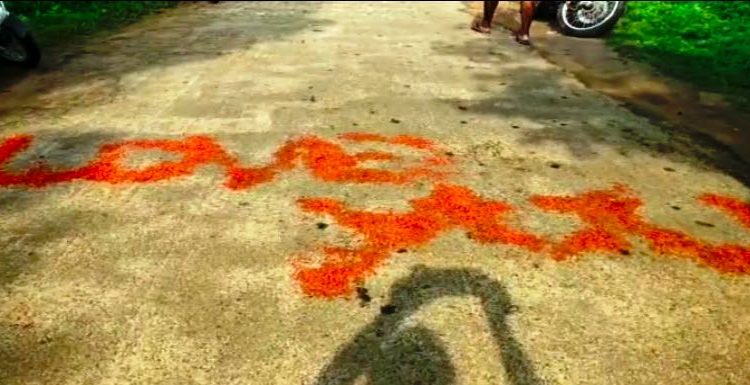 Nuapada: A day after a man allegedly committed suicide in Bhubaneswar after a failed love affair, a similar incident was reported from Odisha’s Nupada district on Wednesday.

This morning, locals found a youth hanging from a Neem tree along Bijepur-Kusamal road under Khariar block with ‘I love You’ written with rose petals on the road near him, raising suspicion of a failed affair.

The deceased has been identified as Padma Charan Tandi, son of Manohar Tandi, a resident of Jhitridhoda village.

While police have recovered the body, his family members have refuted the suicide theory and demanded a thorough probe into the incident.

An investigation has begun and the reason behind the death will be ascertained soon, said a police officer.